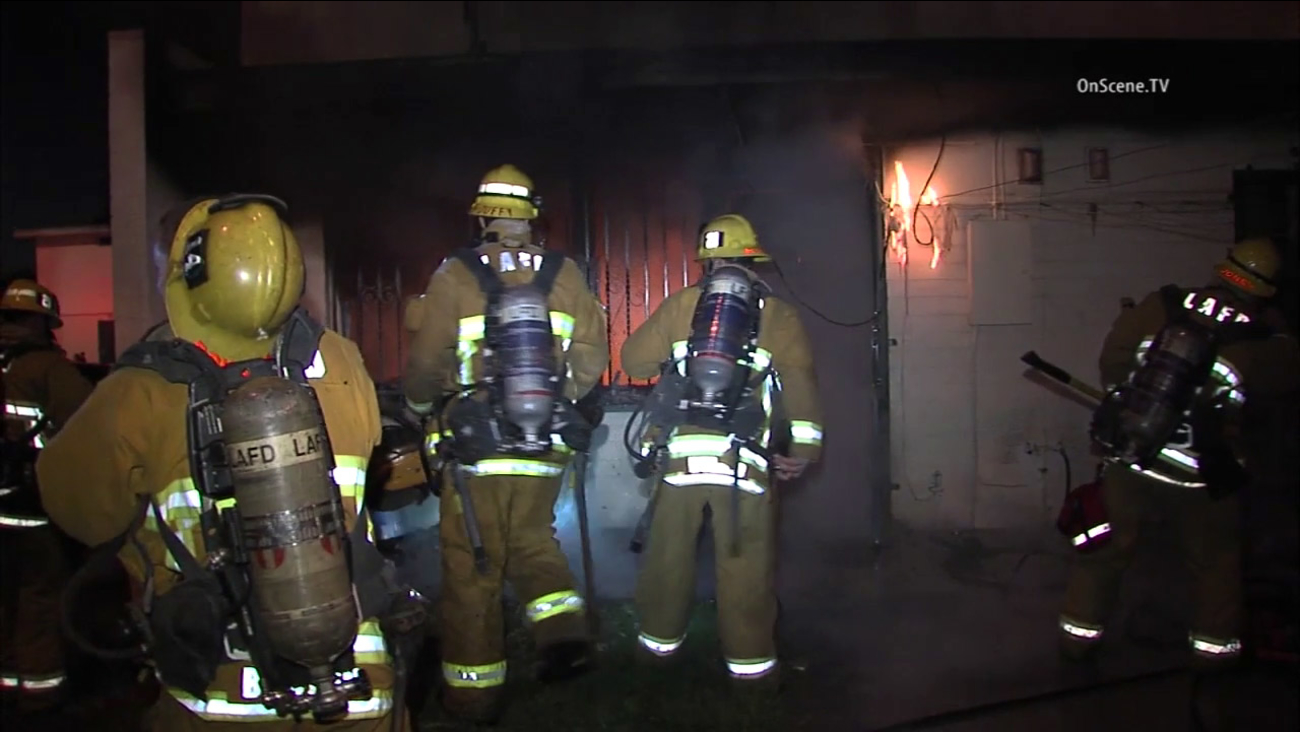 Firefighters battle a fire at an apartment building in the 1500 block of East 54th Street in South Los Angeles on Monday, Feb. 29, 2016. (OnScene.TV)

KABC
SOUTH LOS ANGELES (KABC) -- A woman was rushed to the hospital in grave condition after firefighters found her inside a burning South Los Angeles apartment building.

The woman was found on the second floor. Firefighters said she had no pulse and was not breathing.

Fire officials said paramedics were able to restore a heartbeat on the way to the hospital, but she remained unconscious and was listed in grave condition.

A man who was fighting the flames with a garden hose outside the structure was treated for smoke exposure. He was also transported to an area hospital in serious but stable condition.

Firefighters were able to extinguish the flames within 16 minutes, officials said. No other injuries were reported.

Authorities said the building, which is 75 years old, was equipped with functional smoke alarms but did not have fire sprinklers.