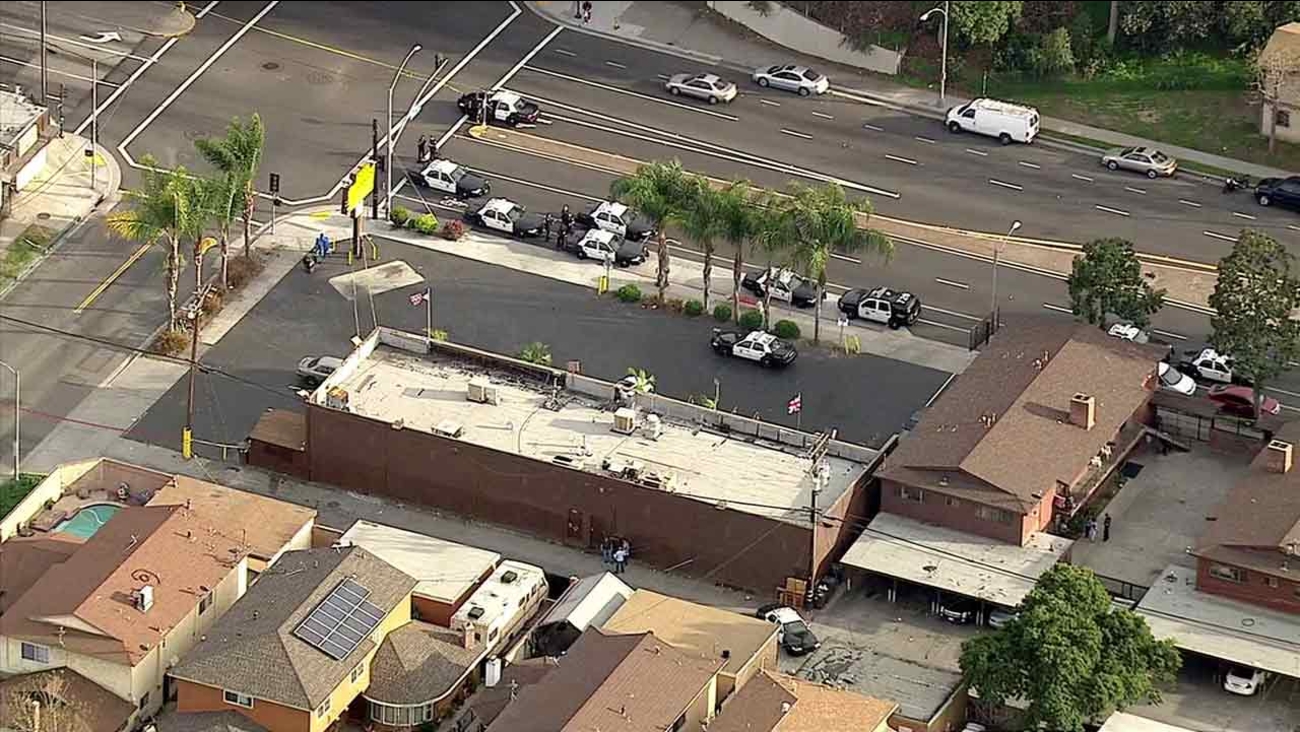 Police investigate a shooting in Long Beach on Thursday, March 3, 2016.

LONG BEACH, Calif. (KABC) -- One person is dead and one other is injured in a possible gang-related shooting in Long Beach on Thursday, police said.

Long Beach police responded to reports of an assault with a deadly weapon at about 3 p.m. near Butler Avenue and Artesia Boulevard.

Upon arrival, officers found that a shooting had occurred, and two male victims were suffering from gunshot wounds. One was shot in the upper torso and other in the lower torso, police said.

Both victims were transported to a nearby hospital, where one victim was pronounced dead. The other victim had non-life threatening injuries, LBPD said.