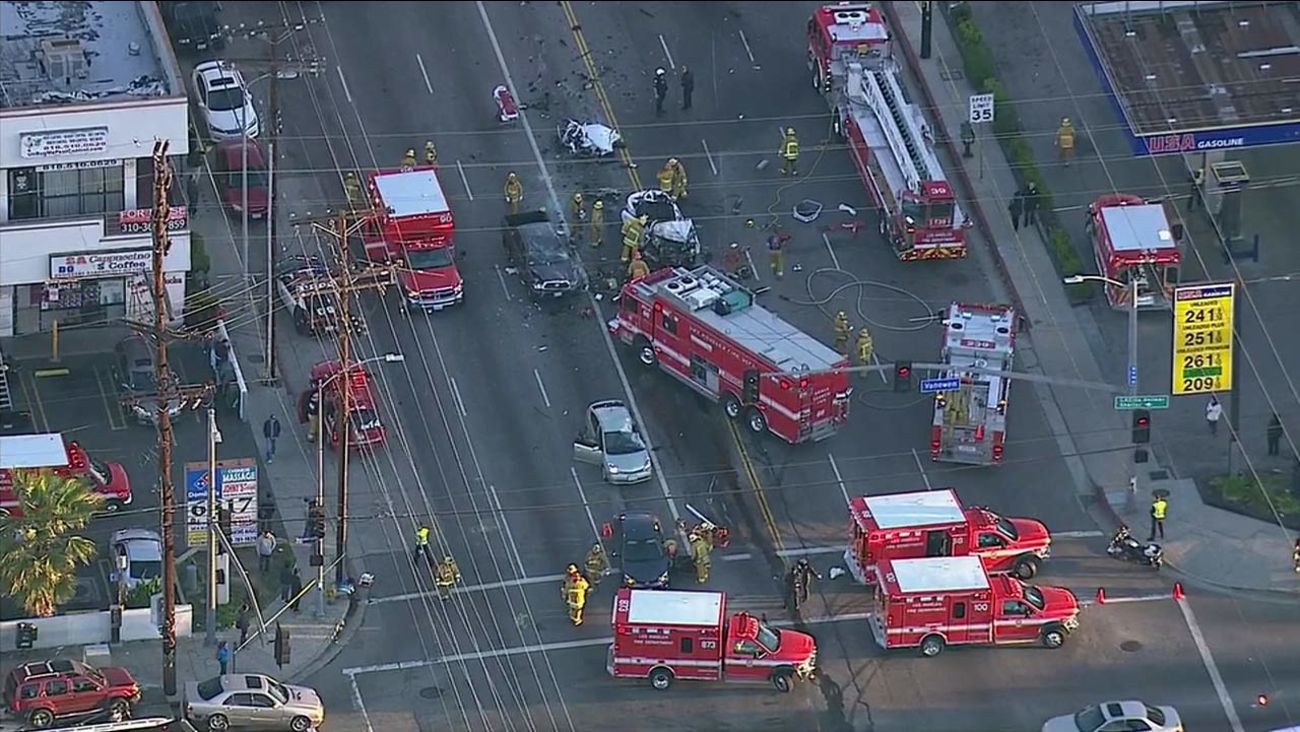 Emergency crews work on scene of a multi-vehicle crash near the intersection of Vanowen Street and Sepulveda Boulevard on Tuesday, March 8, 2016. (KABC)

The crash occurred near the intersection of Vanowen Street and Sepulveda Boulevard shortly after 6 a.m.

According to a report from the Los Angeles Fire Department, the accident involved five vehicles and six patients, who were all transported to area hospitals with injuries ranging from moderate to severe.

Police said one person was listed in critical condition.