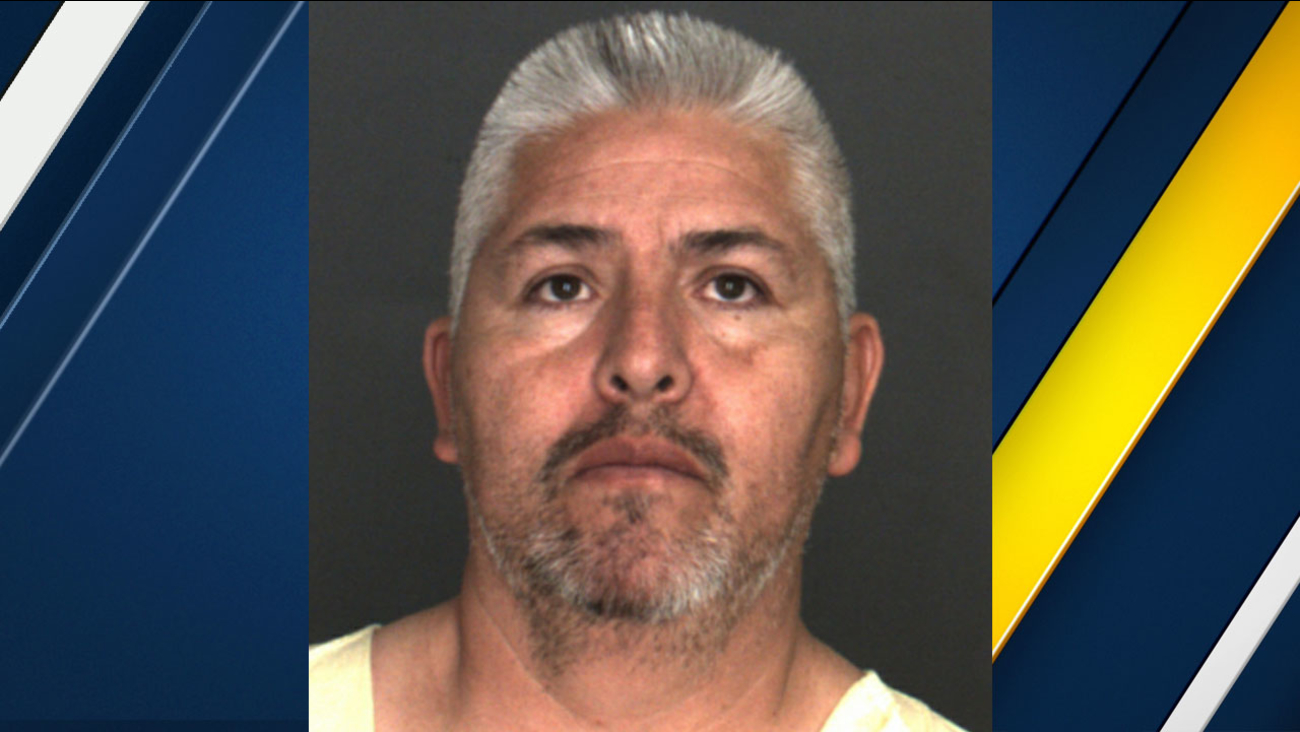 William Hernandez, 51, of Big Bear, is shown in a mugshot. (KABC)

RANCHO CUCAMONGA, Calif. (KABC) -- Authorities arrested a man suspected of pretending to be a police officer, threatening women with a handgun and sexually assaulting them in Rancho Cucamonga and Victorville.

William Hernandez, 51, of Big Bear, was arrested and booked at the West Valley Detention Center in lieu of $1 million bail. He faces several sexual assault charges.

The victim told authorities that Hernandez identified himself as a police officer, threatened her with a gun and then sexually assaulted her multiple times for several hours at the New Kansman Motel.

During the investigation into that incident, deputies at the Victorville City Station received a report of a similar sex crime allegedly done by Hernandez. The victim said Hernandez again identified himself as a police officer, threatened her with a gun and began sexually assaulting her.

At some point during the assault, the victim contacted a friend over the phone. Hernandez is said to have ordered the victim to invite her friend over. When the friend came, Hernandez is suspected of threatening the woman with a gun and sexually assaulting her.

In both reports, Hernandez is suspected of threatening the women to keep in contact with him or he would have arrested them.

Detectives from Rancho Cucamonga, Victorville and the Big Bear station coordinated their investigations and found Hernandez at a home in Big Bear. He was apprehended during a traffic stop. Authorities then issued a search warrant of his home and found evidence linking him to the suspected assaults.

Authorities believe there may be additional victims and urge anyone with information to call the Rancho Cucamonga Police Department at (909) 477-2800, or the Victorville Police Department at (760) 241-2275. Those wishing to remain anonymous may call the We Tip Hotline at (800) 782-7463.
Related topics:
rancho cucamongavictorvillesan bernardino countybig bearrapearrestpolice impersonatorsexual assaultsex crimes
Copyright © 2021 KABC-TV. All Rights Reserved.
More Videos
From CNN Newsource affiliates
TOP STORIES