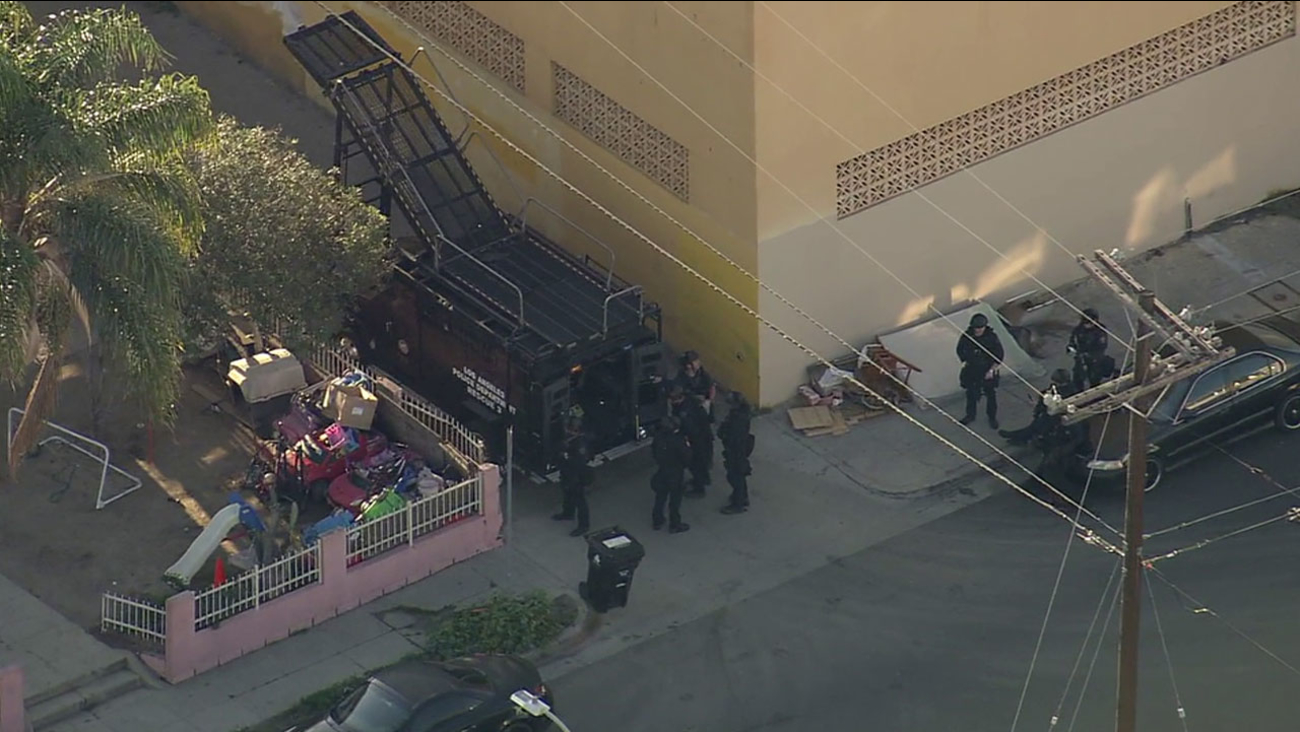 SWAT team members surround a two-story duplex in an Arlington Heights neighborhood to search for a shooting suspect on Wednesday, March 16, 2016. (KABC)

ARLINGTON HEIGHTS, LOS ANGELES (KABC) -- Police swarmed an Arlington Heights neighborhood in search of a shooting suspect who may have been barricaded inside a duplex Wednesday morning, but no one was found.

A shooting was reported near Sixth and Washington streets shortly before 2 a.m. According to authorities, a suspect fired a rifle at a victim who was walking on 6th Street, just north of Washington Street. Los Angeles police said no one was hit.

Four shell casings were recovered at the scene. After shooting at the victim, the suspect retreated into a two-story duplex.

SWAT was called to the scene. Some areas were evacuated, and a perimeter was established. After searching the duplex for hours, no suspect was found, authorities said.

The connection between the suspect and victim was not immediately known.

Residents had been advised to stay inside and lock their doors and windows as a precaution.