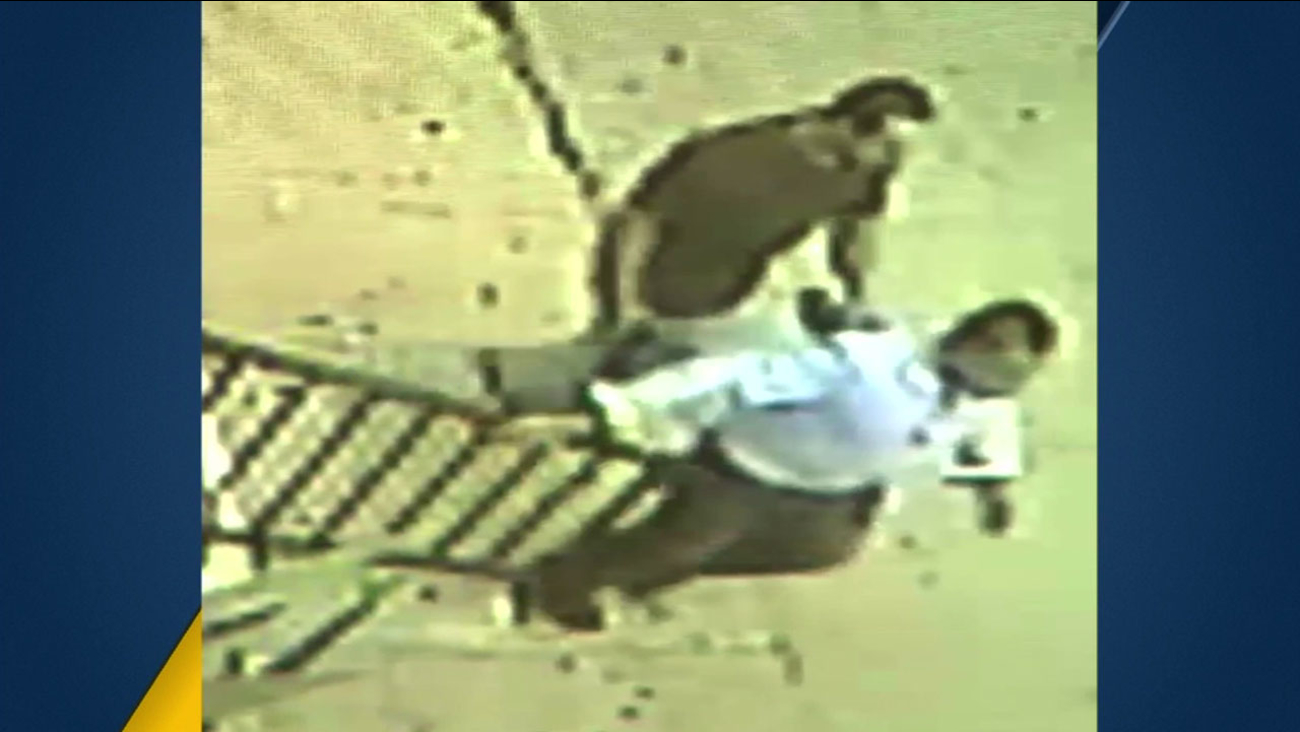 Surveillance video shows a suspect holding a gun against a man's back in a possible kidnapping in East Los Angeles on Saturday, March 19, 2016. (KABC)

The call came in around 9:30 a.m. about the incident near the 300 block of N. Rowan Avenue, a press release from the LASD stated.

Sheriff's Major Crimes detectives responded to the scene. One of two male victims was last seen being forced into a suspect's vehicle and driven away.

In surveillance video captured at the scene, a suspect is shown holding a gun and hitting another man before they move off screen.

Two suspects were believed to be involved in the crime. No further information was immediately available at this time.