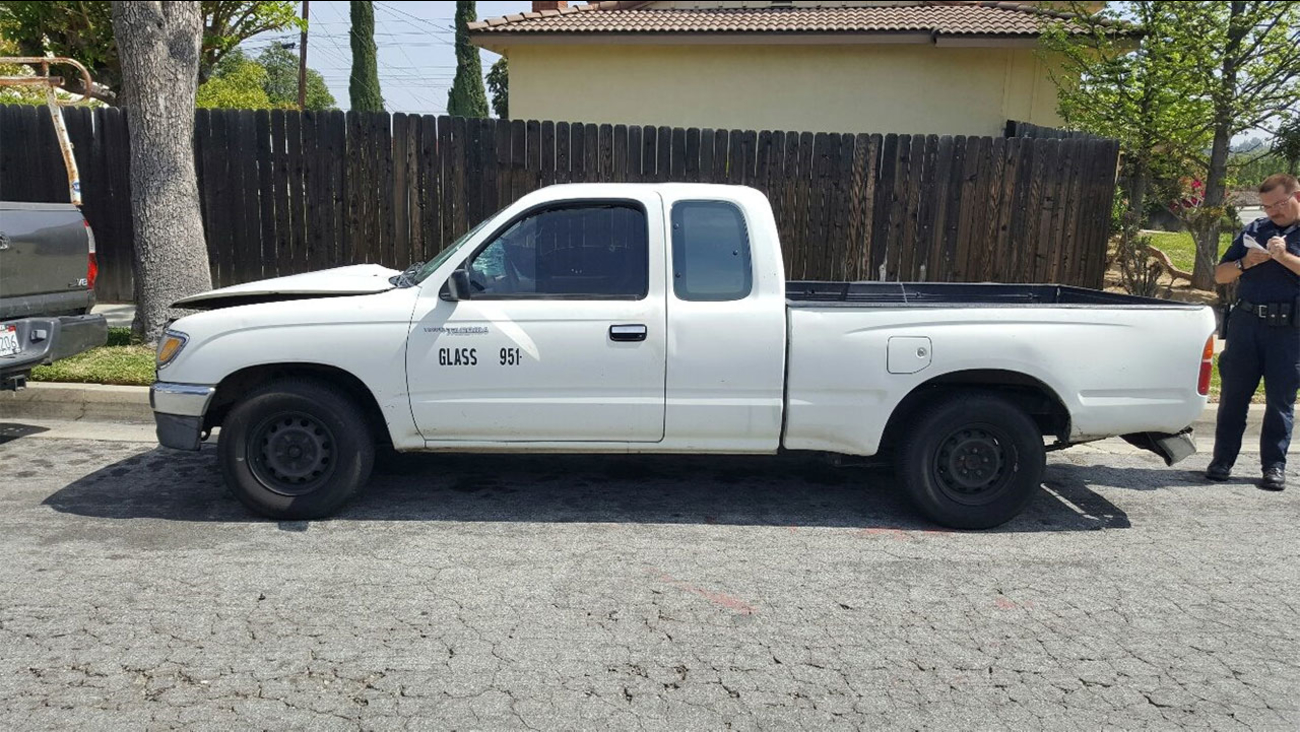 A Toyota truck believed to have been involved in a hit-and-run crash was found parked in the 2200 block of Ruiz Place in Hacienda Heights Sunday, March 20, 2016.

WHITTIER, Calif. (KABC) -- Police are asking for the public's help finding a hit-and-run driver accused of fatally striking a pedestrian in Whittier.

Authorities responded to the scene near Pickering Avenue and Hadley Street around 9 p.m. Saturday night. According to authorities, a white Toyota pickup truck was traveling northbound on Pickering Avenue when he or she struck a man crossing the street.

Police said the driver did not stop after the crash. The victim was identified by coroner's officials as Victor Gallegos, 58, of Whittier.

A Toyota truck was found parked in the 2200 block of Ruiz Place in Hacienda Heights Sunday, and investigators believe it's the same pickup truck that struck Gallegos due to the collision damage to the front.

Police said 30-year-old Randy Marquez is a "person of interest" in the hit-and-run.

The investigation is ongoing. Anyone with information on the driver was urged to contact the Whittier Police Department at (562) 567-9240.
Related topics:
whittierlos angeles countyhit and runpedestrian struckman killed
Copyright © 2021 KABC-TV. All Rights Reserved.
More Videos
From CNN Newsource affiliates
TOP STORIES