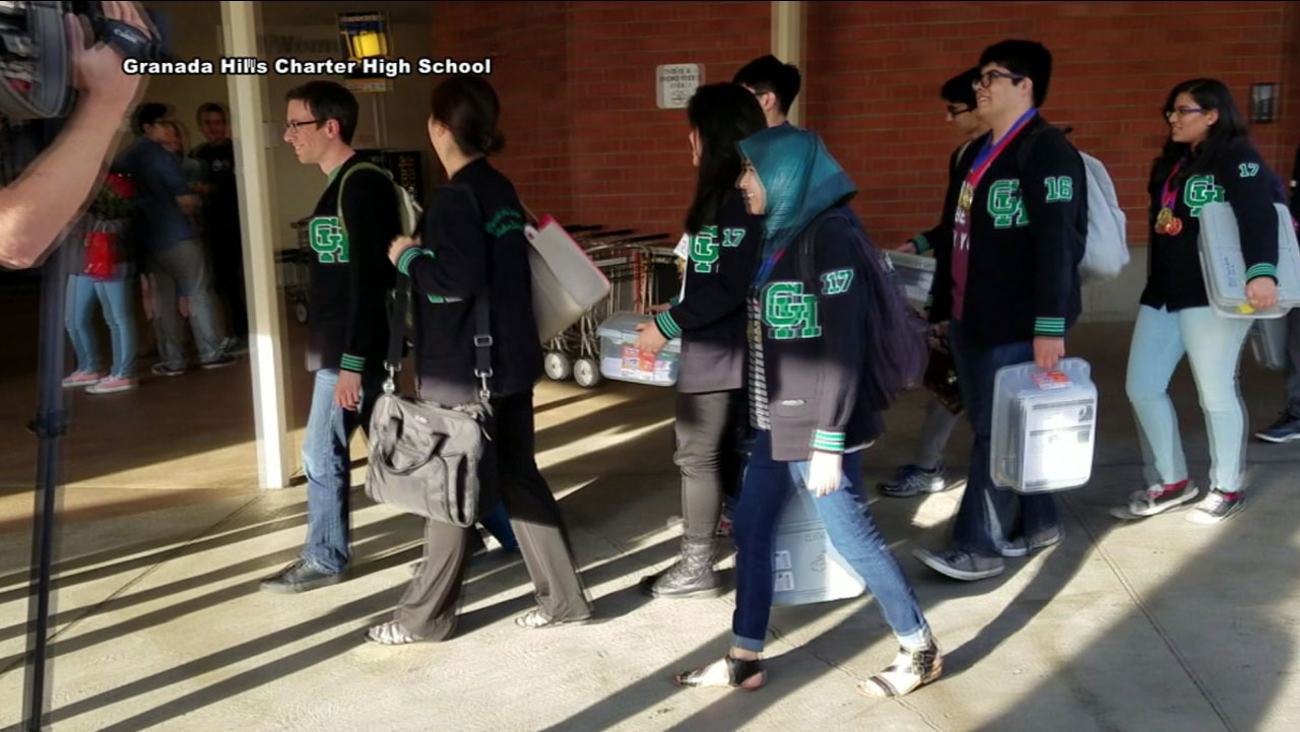 SACRAMENTO (KABC) -- Granada Hills Charter High School beat 68 other schools to win the California Academic Decathlon this weekend. The team earned 61,149.6 points out of a possible 65,400.

The nine-member team arrived at Bob Hope Airport in Burbank with the trophy Sunday after dominating the three-day competition in Sacramento.

The students will now advance to the national championship in Anchorage, Alaska, which is scheduled for April 28 to April 30.