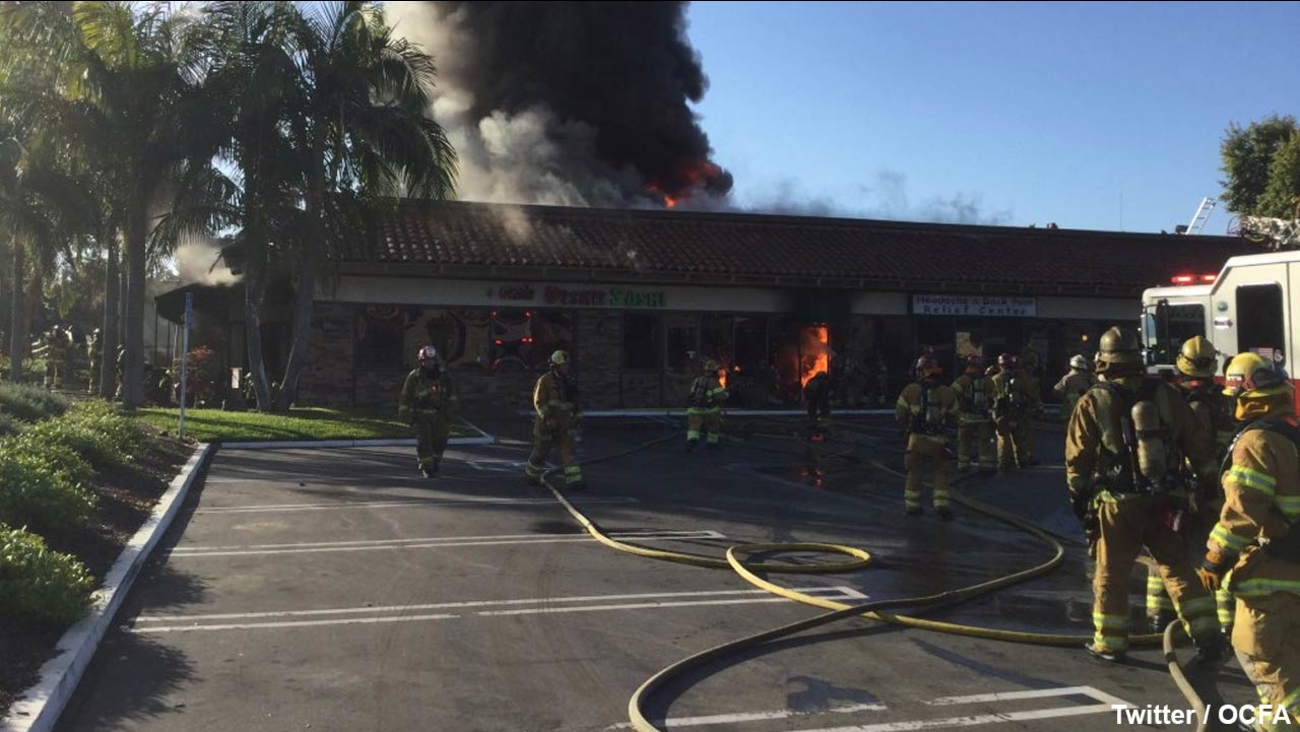 MISSION VIEJO, Calif. (KABC) -- Two firefighters suffered minor injuries and a nearby preschool was evacuated after a sushi restaurant caught fire in Mission Viejo on Friday.

PHOTO: shot of the damage from fire that gutted sushi restaurant in #MissionViejo. pic.twitter.com/Zaruodhh2a

According to the Orange County Fire Authority, the two injured firefighters suffered minor, non-life threatening burns and were transported to an area hospital out of precaution.

One other firefighter reported feeling tired, but he is expected to be OK, authorities said.

A nearby preschool was evacuated. Officials said no one was inside the restaurant when the fire broke out.

Around 50 firefighters battled the blaze and managed to contain the fire just to the restaurant, so it did not burn down the rest of the building.