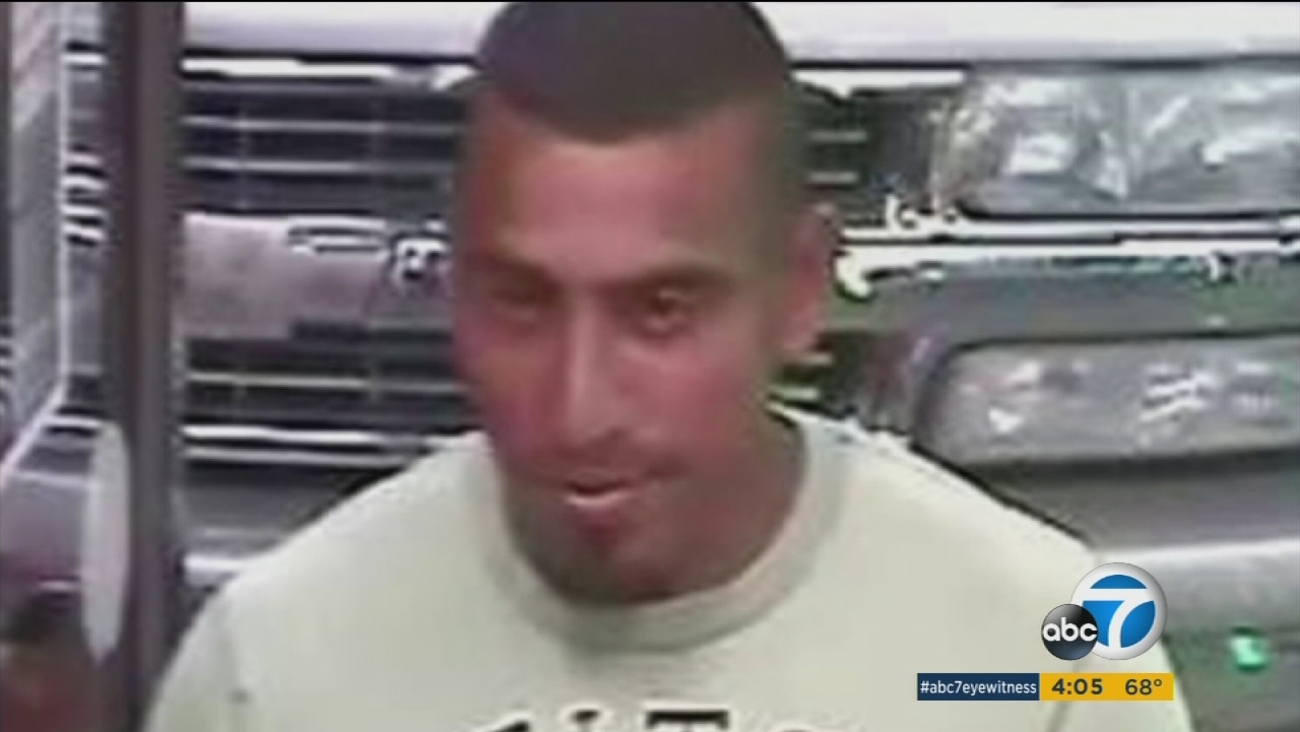 Enrique Orozco, 30, is shown in surveillance video. He is suspected of raping a woman in a Van Nuys hair salon. (KABC)

VAN NUYS, LOS ANGELES (KABC) -- A Van Nuys man was charged Tuesday with multiple felonies for allegedly dragging a salon hairstylist to the back of her shop and raping her.

The brutal attack on March 29 at a salon in the 14500 block of Vanowen Street was captured on surveillance video.

Enrique Orozco, 30, of Van Nuys, was arrested a few days later, only five blocks from the salon, after police released surveillance photos of the suspect.

Officials say that Orozco was waiting in the shop posing as a customer that day. When the salon began to close down, he locked the door, grabbed the stylist, forcibly dragged her to the back of the salon and raped her, the Los Angeles District Attorney's Office alleges.

Orozco pleaded not guilty to the charges Tuesday and was ordered held in jail in lieu of $2 million bail. A hearing has been scheduled for April 18 to determine if there is sufficient evidence for trial.

If convicted of all charges, Orozco could face a maximum sentence of 50 years to life in state prison.