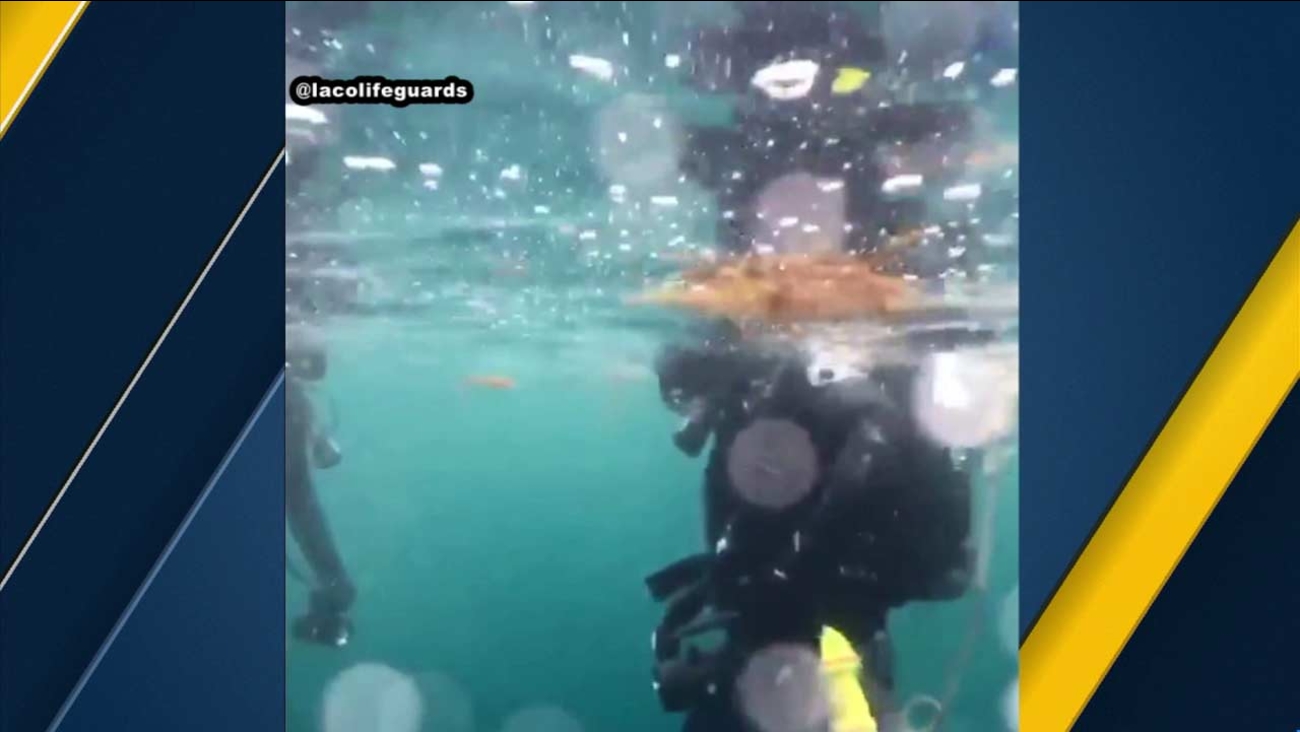 A Coast Guard rescue team searches for the body of a missing diver in the waters off Rancho Palos Verdes on Saturday, April 9, 2016. (U.S. Coast Guard)

RANCHO PALOS VERDES, Calif. (KABC) -- Search crews have found the body of a 40-year-old diver who was reported missing in the waters of Rancho Palos Verdes, according to the U.S. Coast Guard.

The search began after the man's 18-foot motorboat was found unattended and anchored around 9 p.m. Friday night, about 500 yards off Bluff Cove, officials stated in a press release.

The unidentified man was last reported free diving wearing a wet suit in the area. Friends reported him missing after he failed to check-in with them.