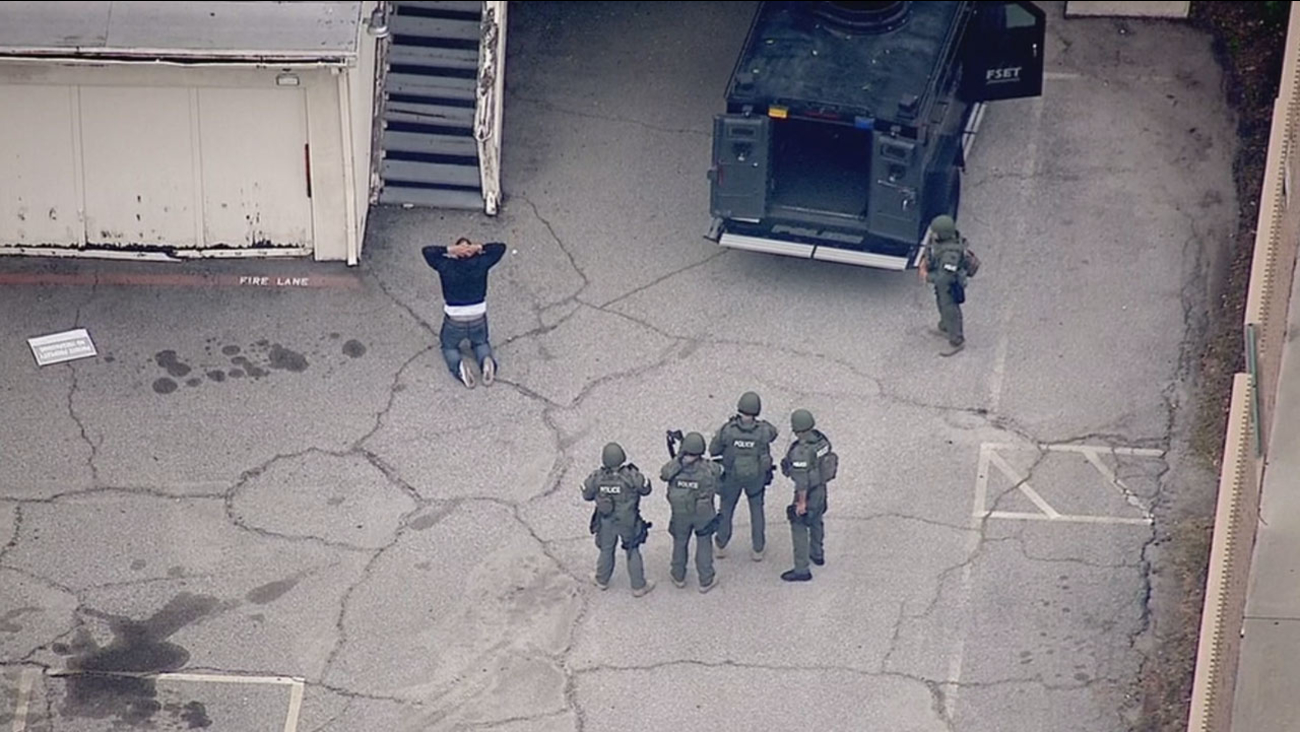 A burglary suspect is taken into custody by officers in Glendora on Thursday, April 14, 2016. (KABC)

Glendora police and the Foothills Special Enforcement Team were conducting a search for the suspect near the 400 block of W. Route 66 starting around 6:45 a.m.

Details surrounding the burglary incident were not immediately released, but the suspect appeared to drop something from his hands when he walked out of a building in the area.

Officers took the man into custody around 7:30 a.m.