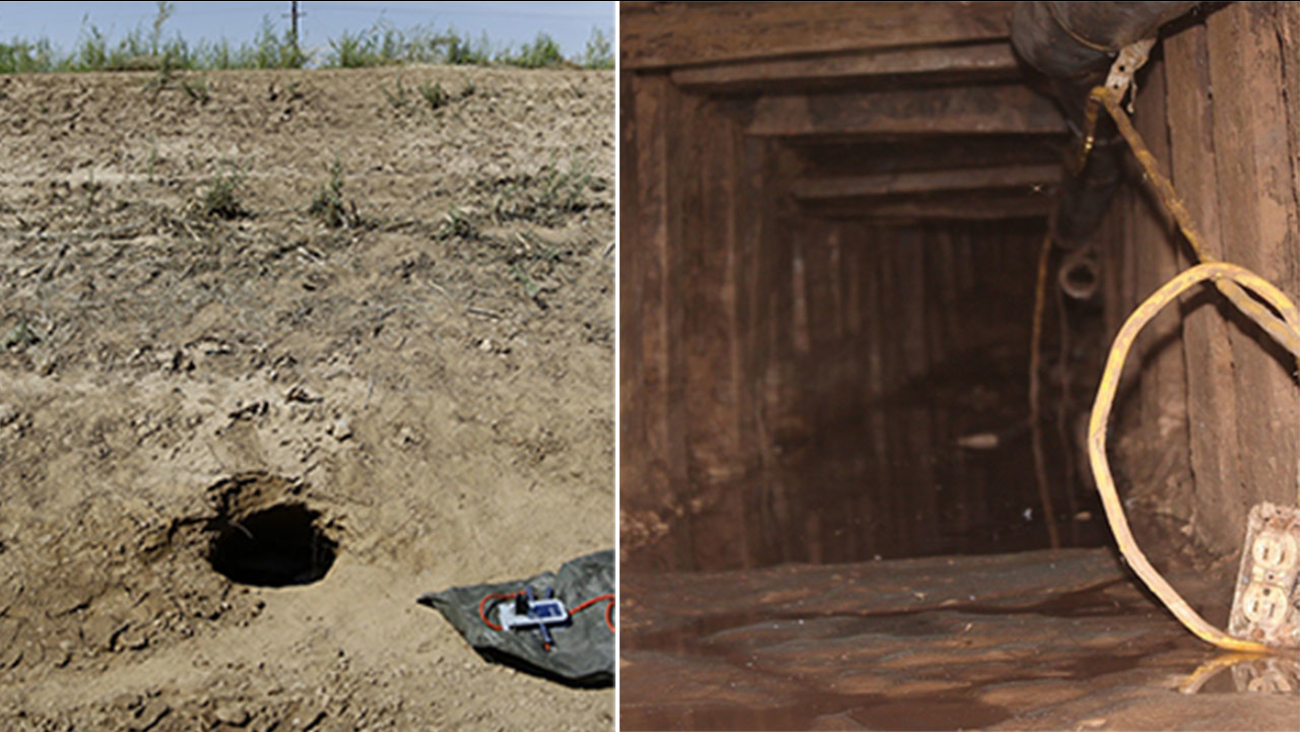 CALEXICO, Calif. (KABC) -- U.S. Border Patrol agents have discovered another tunnel under the border near Calexico, the third one found in just the past year.

An agent found the tunnel Thursday morning while on routine patrol about two miles east of the Calexico border entry point, according to the Border Patrol.

After the agent approached an unusual depression in the soil, the ground began to give way, exposing a hole about 18 inches in diameter that had wires and lumber inside.

Border Patrol agents investigated and found a tunnel that traveled 142 feet to a point about 60 feet south of the Mexico-U.S. border.

Authorities did not disclose what was found at the other end of the tunnel.

Border agents have found more than 75 tunnels along the U.S.-Mexico border in just the last five years. Most of them are believed to be designed for drug smuggling.