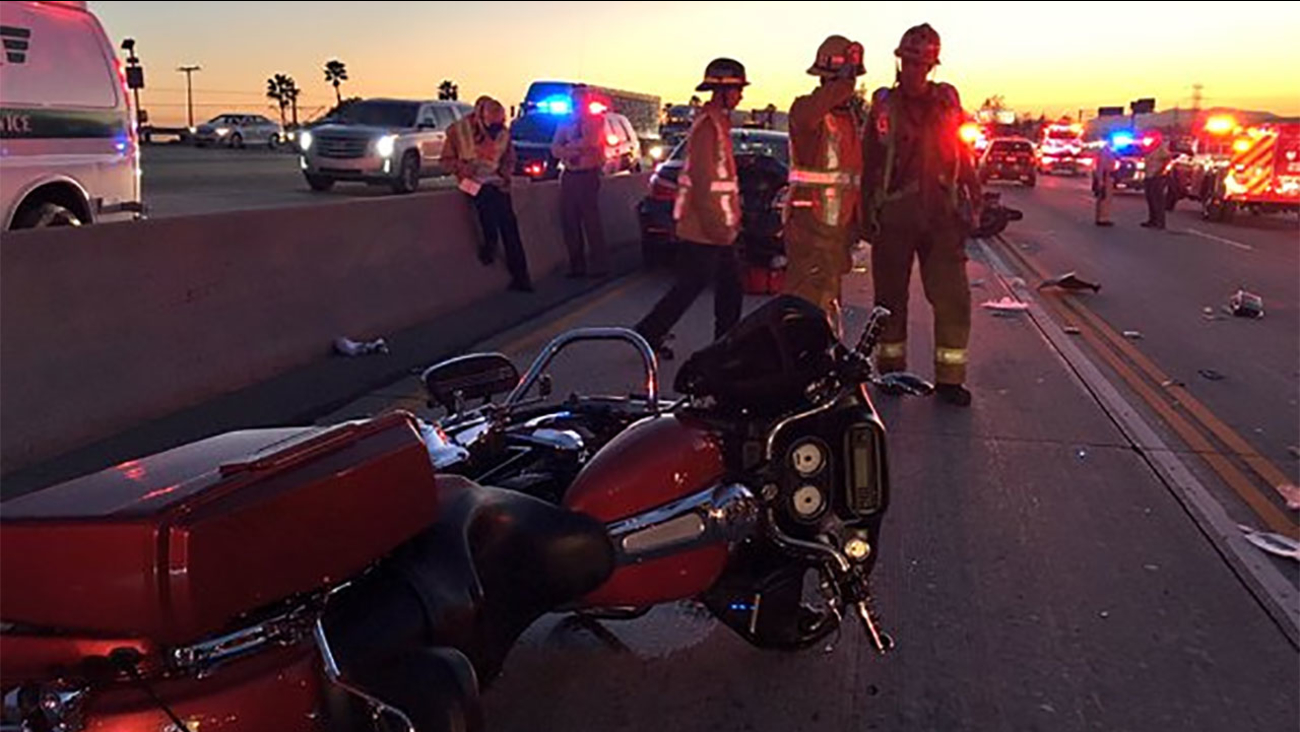 IRWINDALE, Calif. (KABC) -- At least four people were critically injured when authorities say a pickup truck intentionally struck a group of motorcyclists on the westbound 210 Freeway in Irwindale Saturday night.

The collision occurred west of Irwindale Avenue around 7 p.m., according to the California Highway Patrol.

The incident caused a chain-reaction crash involving at least five other motorcycles. Two of the motorcycles involved then struck a BMW, which was traveling in the HOV lane.

CHP officials say the pickup truck may have intentionally struck the motorcycles. No further details on what led up to the crash were released. A description of the driver of the pickup truck was not immediately available.

The crash prompted a SigAlert, which closed several westbound lanes for at least two hours.