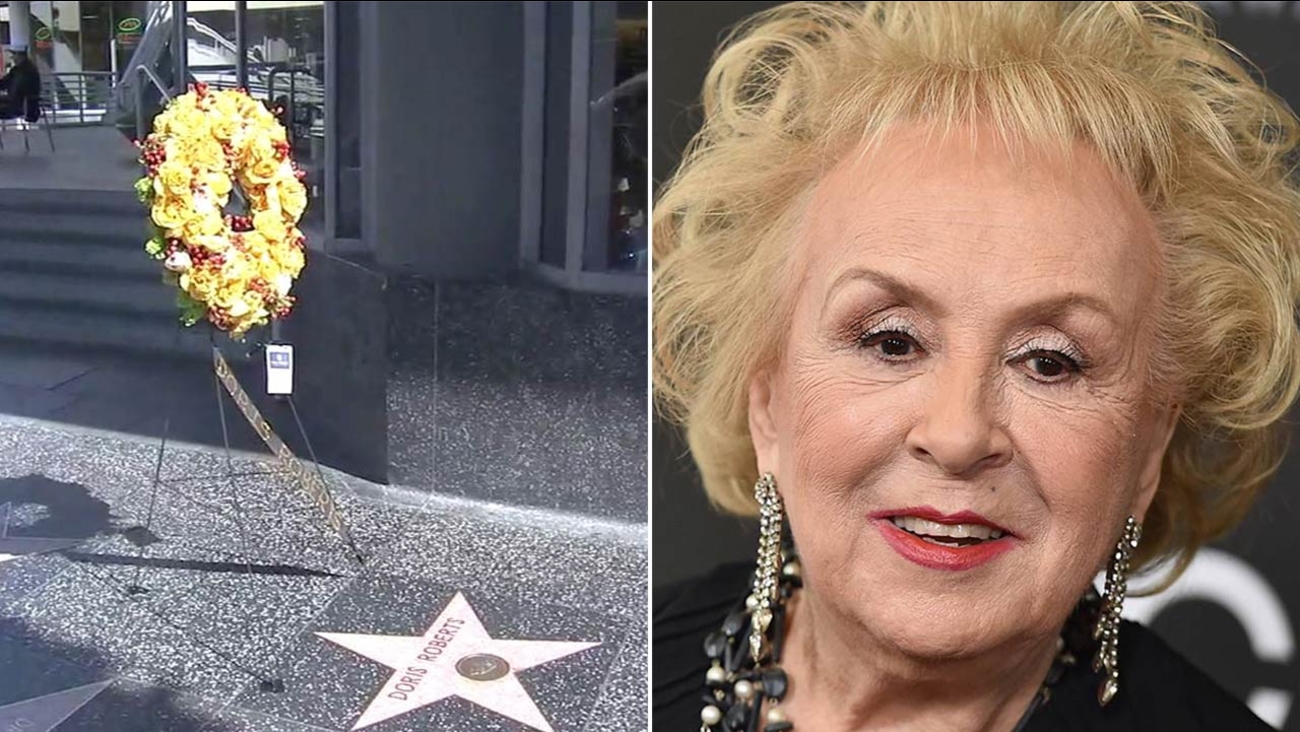 Flowers were placed on the Hollywood Walk of Fame star of actress Doris Roberts, who died at age 90. (KABC)

HOLLYWOOD, LOS ANGELES (KABC) -- A memorial wreath was placed Tuesday on the Hollywood Walk of Fame star of actress Doris Roberts, who died on Sunday at age 90.

During her career, Roberts had hundreds of roles, from Broadway to TV to the big screen. But she's best remembered for her role as Marie Barone, the overbearing but lovable mom on "Everybody Loves Raymond."

She was nominated for seven Emmys and won four times for her role on the show, which ran from 1996 to 2005.