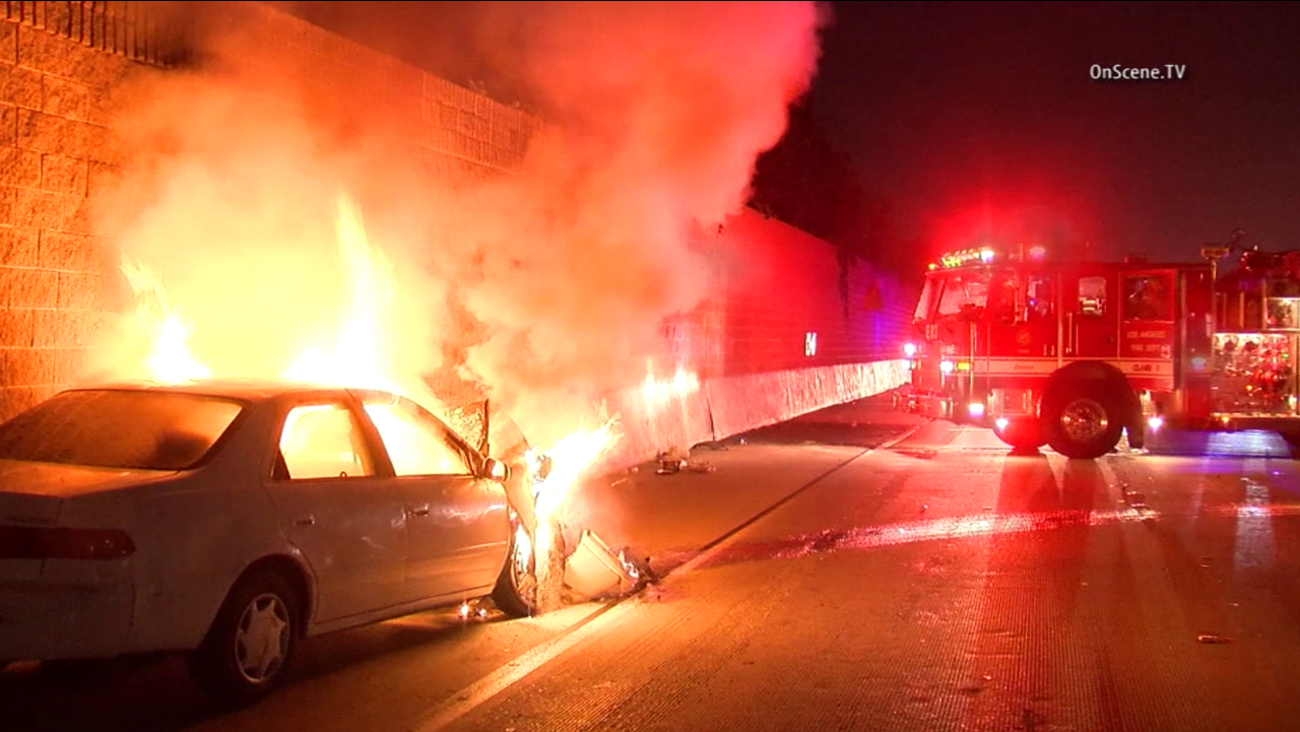 TARZANA, Calif. (KABC) -- A wrong-way driver slammed into a big rig while traveling on the westbound 101 Freeway in Tarzana early Wednesday morning and then fled the scene, authorities said.

The fiery crash occurred near Tampa Avenue around 3 a.m. The suspect jumped out of the car and fled the scene, jumping over the center divider and running across freeway lanes, the California Highway Patrol said.

Officers from the Los Angeles Police Department's West Valley Division were assisting CHP officers in their search for the suspect near Tampa Avenue and Ventura Boulevard.

The suspect has not been taken into custody. He was described as a man between 25 and 30 years old, with blond hair and a beard and mustache. He was last seen wearing dark pants and a dark shirt.