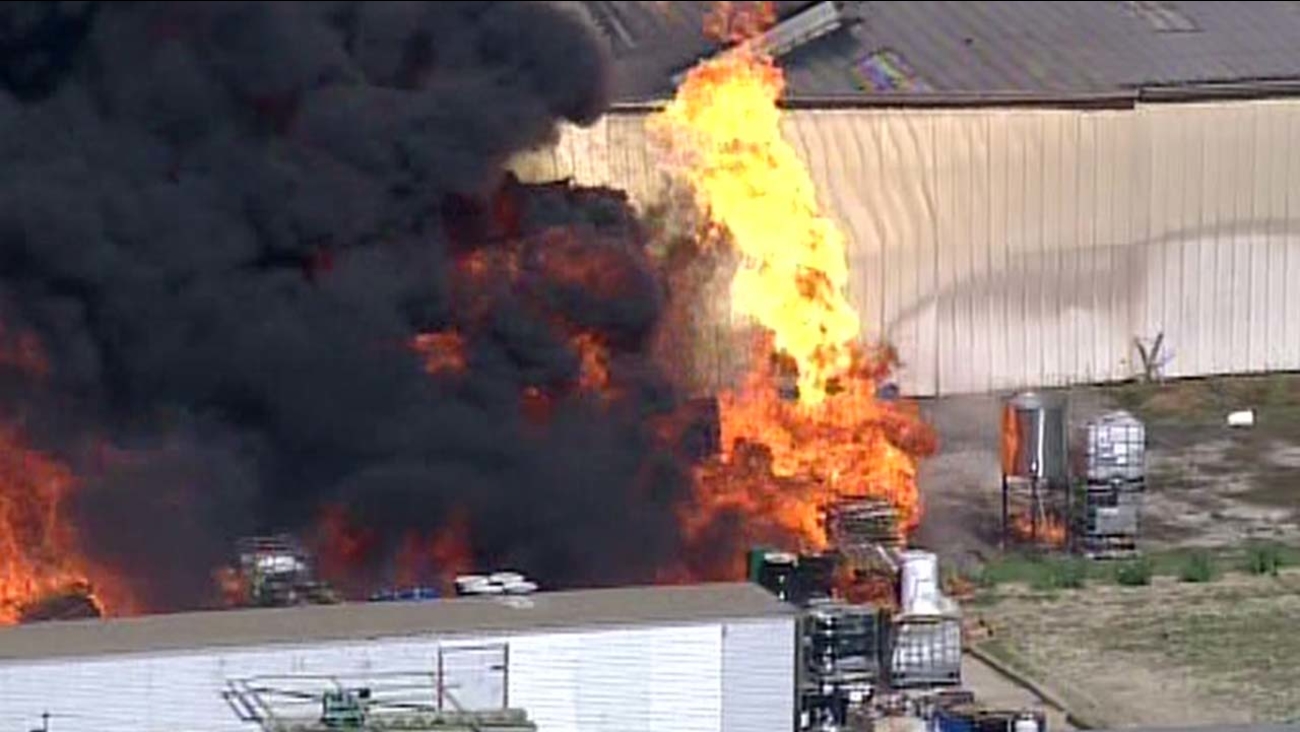 HOUSTON -- A massive four-alarm fire ripped through a warehouse in northwest Houston, leaving behind charred remains that looked like a war zone.


The fire began at a home and spread to A-1 Custom Packaging on Spring Branch Drive at Laverne Street, near Long Point Road.

The Houston Fire Department had issued a shelter in place order for residents in the area. By 2pm that order was cancelled.

More than 650 students from nearby Spring Branch Elementary were evacuated during the fire. The school district used 11 buses to more all the students and staff over to the Coleman Coliseum. Parents were notified to pick their children up.

Drivers are advised to avoid Long Point between Blalock and Bingle. Detour to Hammerly or Westview.

After about two hours, the fire was brought under control, with firefighters focusing on remaining hot spots. No one was injured in the huge fire, but several neighboring homes and vehicles suffered heavy damage.

Stacks of materials inside and outside the building were fueling huge eruptions. The contents of the warehouse are unknown, but Houston Fire Department spokesperson Rick Flanagan says there are indications that "chemicals in a large capacity" are burning. No violations of environmental rules were immediately found in the business history.

One witness says her sister sent a text message right as the fire began. The text simply read: 'My shop exploded,' she said.

Susan says her sister's shop was located next door to the packaging business that was consumed by the fire.

The business where her sister works may now be a total loss, Susan says, but she's relieved her sister is alive.