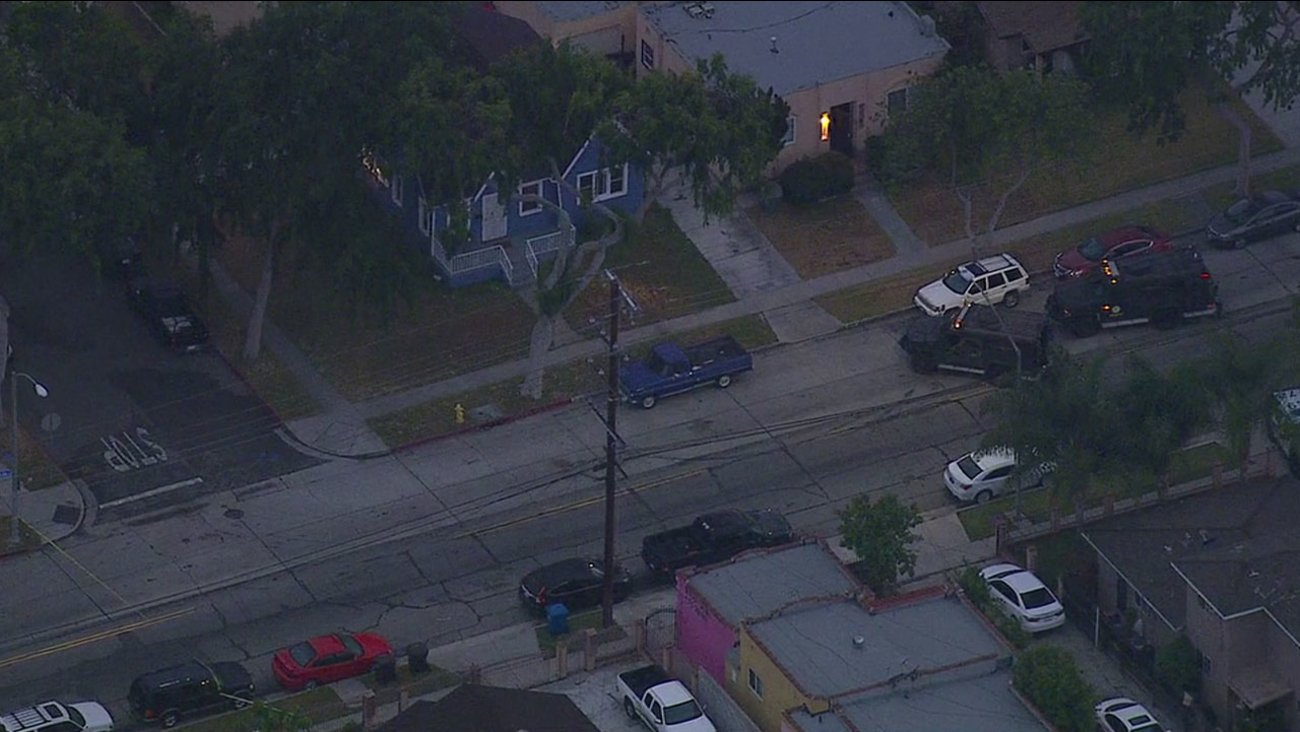 This image shows the area where an armed barricaded suspect was holed up on Friday, May 6, 2016. (KABC)

SOUTH GATE, Calif. (KABC) -- Residents in a South Gate neighborhood were temporarily evacuated after an armed suspect barricaded himself inside a home Friday morning.

The incident happened around 5 a.m. in the 4000 block of Santa Ana Street, authorities said, and residents were temporarily evacuated for their safety. It was unclear how the suspect ended up inside the home.

Around 8 a.m., SWAT team members found the suspect in the garage. Authorities said the suspect was dead, but it was unclear how he died.

Authorities closed off Santa Ana Street between California and Otis avenues during the standoff.