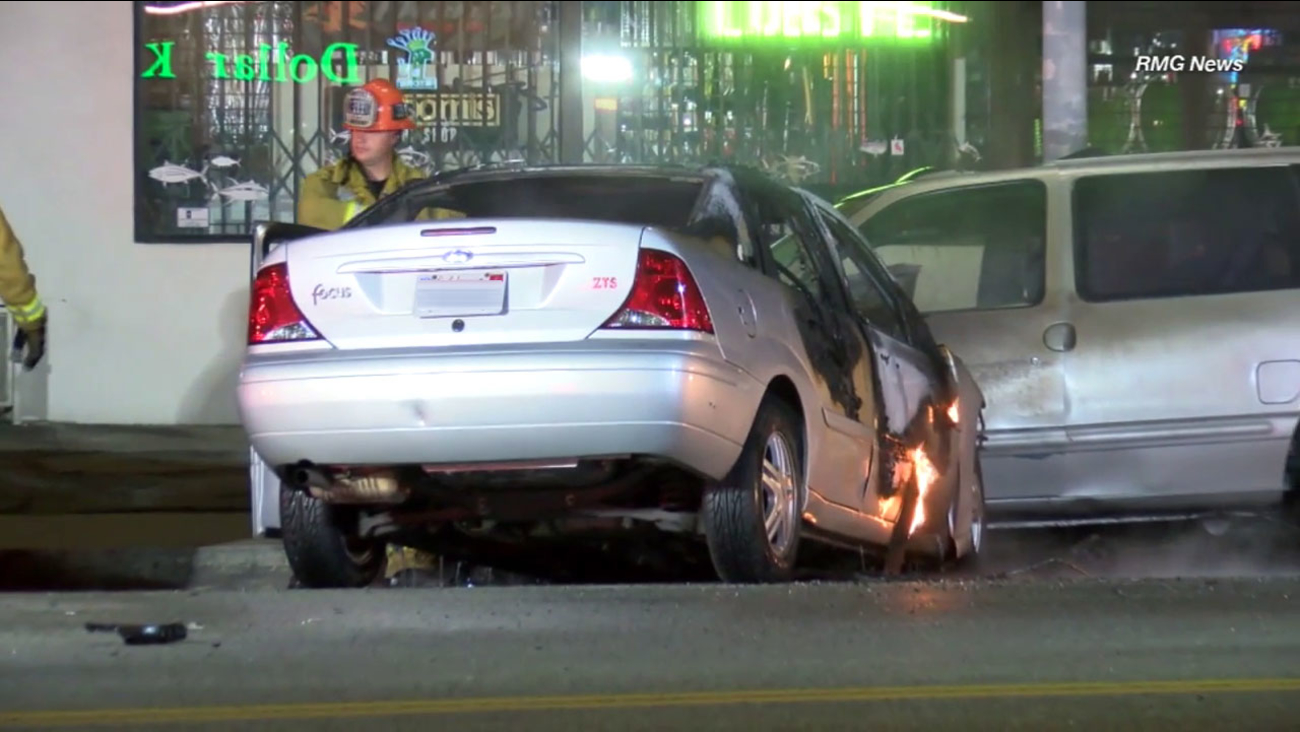 A car that was engulfed in flames fizzles out after firefighters put out the blaze after a car crash in a Van Nuys intersection on Thursday, May 19, 2016. (KABC)

The crash happened around 1:30 a.m. at Sepulveda Boulevard and Vanowen Street. A car was hit near the intersection, causing the second car to veer left, hit a parked car and erupt in flames, authorities said.

The driver in the fiery wreck was able to escape, police said. Both drivers only sustained minor injuries, but one was hospitalized.