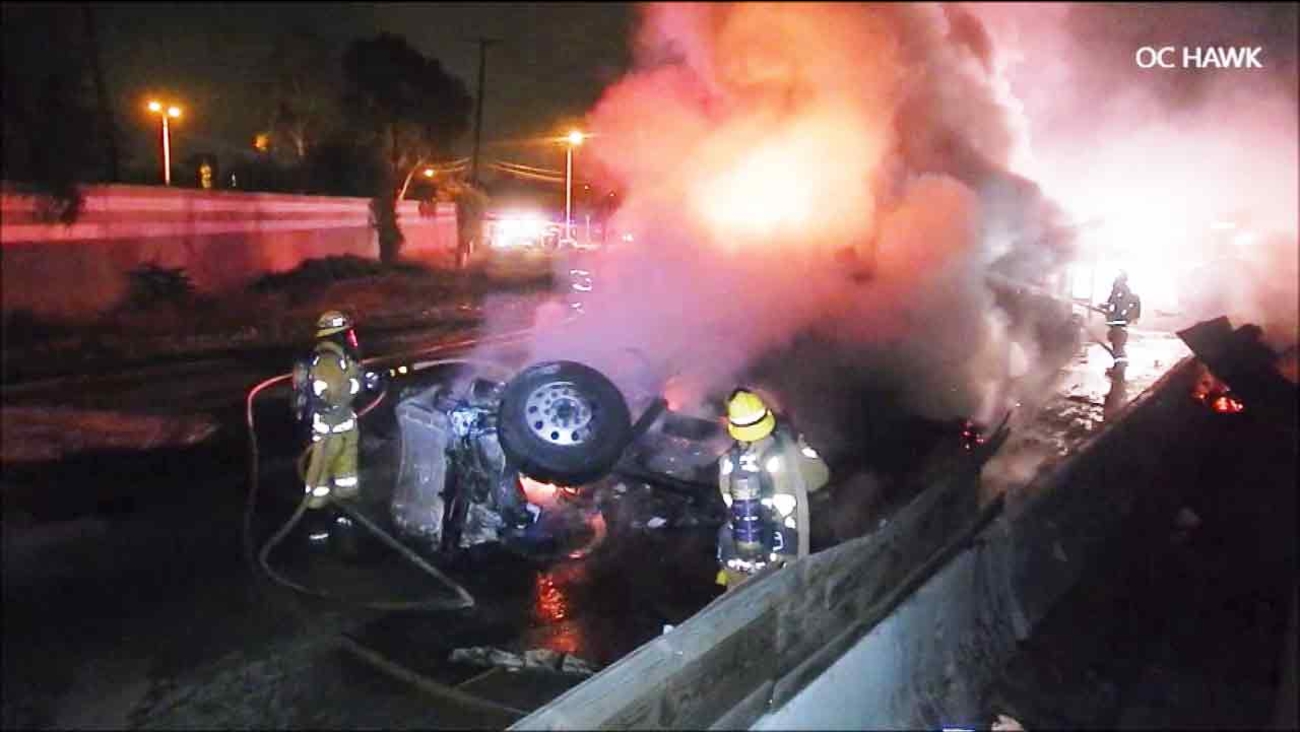 Firefighters douse flames from a big rig fiery crash in Norwalk on Saturday, May 21, 2016.

NORWALK, Calif. (KABC) -- All lanes on the northbound 5 Freeway were blocked for hours Saturday morning after a fiery crash between a pickup and a semi-truck in Norwalk overnight.

The California Highway Patrol responded to a call of the fiery semi-truck crash at about 3 a.m. on the 5 North near Rosecrans Avenue, authorities said.

CHP officials said the jack-knifed big rig was blocking all lanes near the Rosecrans Avenue ramp. No injuries were reported, according to authorities.

All lanes were expected to be shut down until further notice, the CHP said.

SIGALERT UPDATE NORWALK: NB I-5 AT ROSECRANS AVE, ALL LANES BLOCKED UNTIL FURTHER NOTICE- TRAFFIC DIVERTED OFF AT CARMENITA