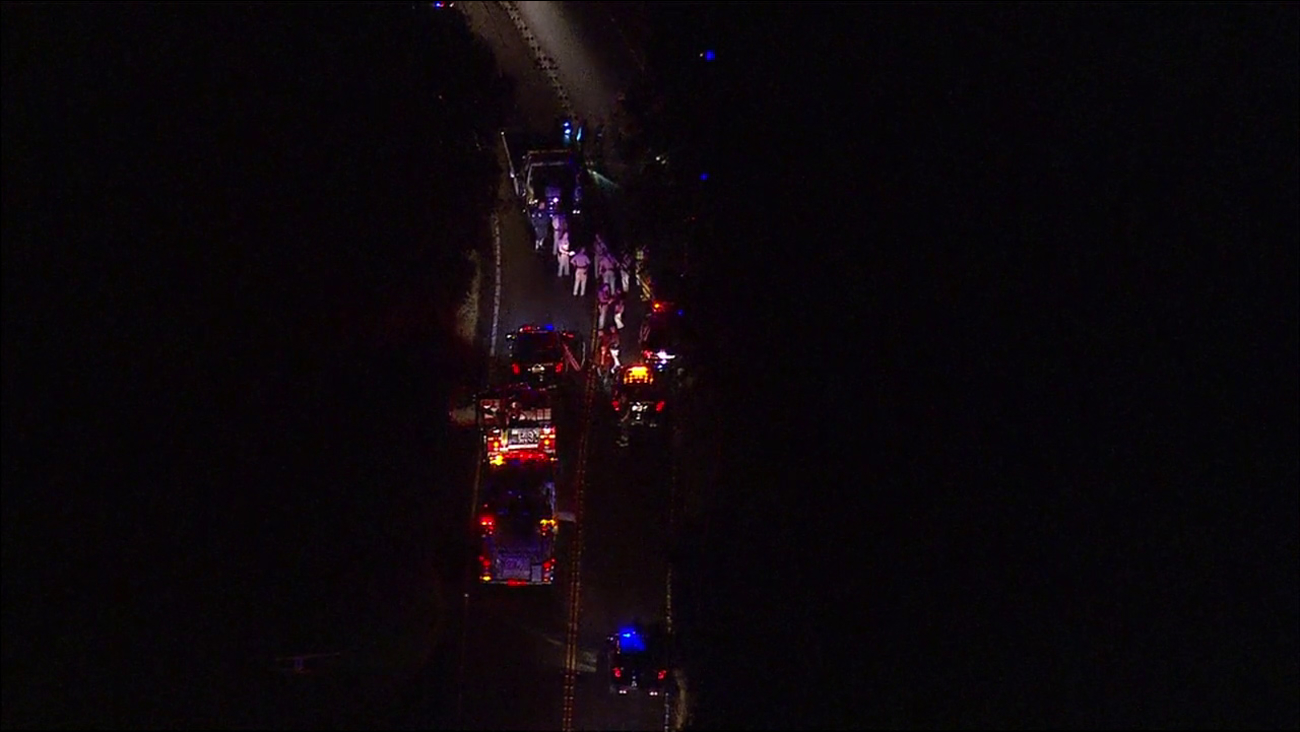 A California Highway Patrol officer was struck by a hit-and-run driver on Topanga Canyon Boulevard in Malibu on Wednesday, May 25, 2016, according to officials.

MALIBU, Calif. (KABC) -- An officer with the California Highway Patrol was airlifted to the hospital after she was struck by a hit-and-run driver while outside her vehicle in Malibu Wednesday night.

CHP said the officer was investigating a traffic crash when she was struck by a vehicle on Topanga Canyon Boulevard, just north of Pacific Coast Highway, at about 9:30 p.m.

Authorities said Officer Flores was hit by a gray Cadillac XTS traveling at an unknown speed on the road. The driver, identified as Prashant Amin, fled the scene, but was found about 7 miles north of the crash site.

Authorities said Amin was arrested on suspicion of felony hit-and-run.

Citizens helped Flores after she was hit and she was taken to UCLA Medical Center with serious but non-life-threatening injuries.

The cause of the crash was under investigation by the CHP.
Related topics:
malibulos angeles countyofficer injuredhit and runchp
Copyright © 2021 KABC-TV. All Rights Reserved.
More Videos
From CNN Newsource affiliates
TOP STORIES