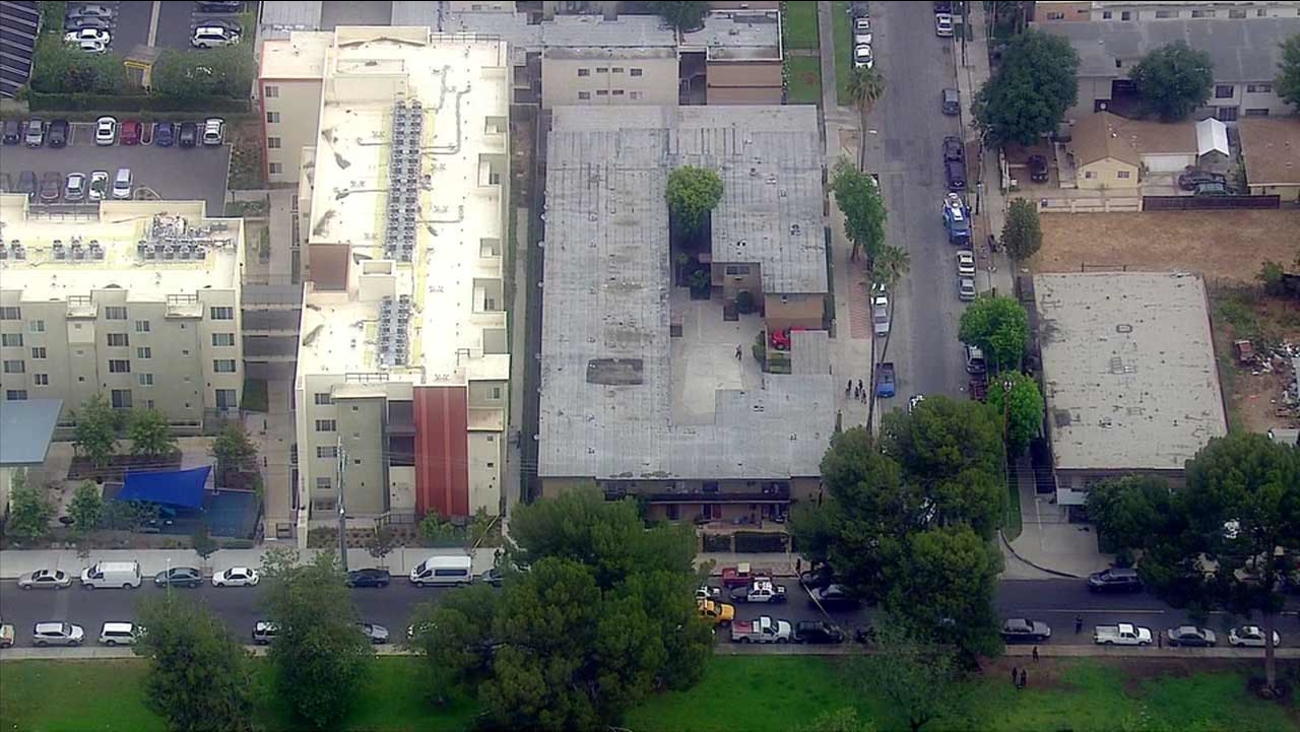 A man barricaded himself inside an apartment complex in Reseda on Thursday, May 26, 2016.

RESEDA, LOS ANGELES (KABC) -- A suspect wanted in connection to a murder investigation in Van Nuys barricaded himself in an apartment complex in Reseda for nearly four hours early Thursday morning.

The incident began around 4:45 a.m. when officers tried to serve a search warrant in the 18400 block of Kittridge Street.

When authorities told the suspect to come out, he refused and barricaded himself.

A SWAT team surrounded the area. Some nearby locations were evacuated as a precaution. By around 8:30 a.m., the suspect had exited the apartment and was taken into custody, LAPD said.

The suspect was later identified as 27-year-old Victor Fuentes Sanchez. He was being sought in connection to a 2015 murder in Van Nuys, police said.