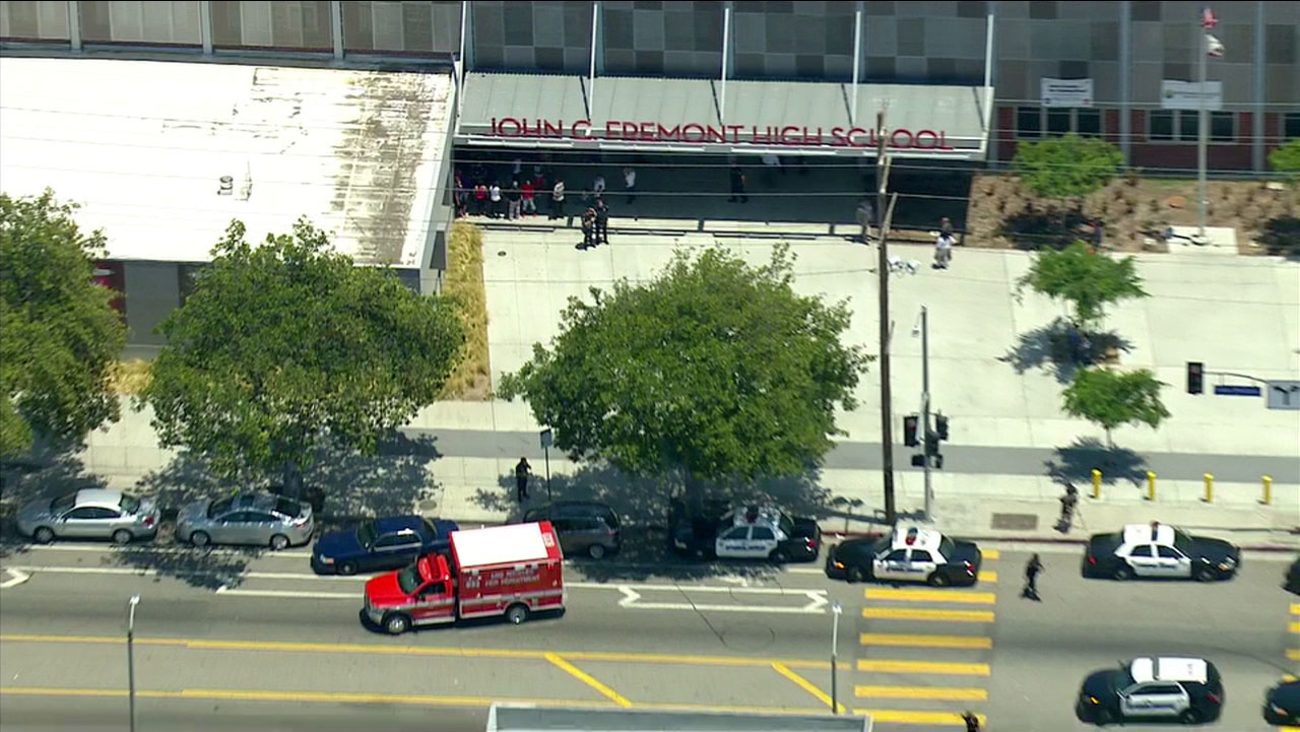 Police are investigating a fight at Fremont High School on San Pedro Street on Thursday, June 2, 2016.

LOS ANGELES -- As many as 17 people, including an officer, suffered eye injuries when exposed to an irritant, possibly pepper spray at a high school on San Pedro Street in Los Angeles, officials said.

A fight occurred at or near Fremont High School, Los Angeles Fire Department officials said. Up to 17 people suffered minor eye irritations after exposure to the substance. Two people suffered minor injuries in the fight.
No patients are being transported to a local hospital at this time.

Steven Zipperman, chief of the Los Angeles Unified School District police force, said more than one spontaneous fight broke out at the school around 11:30 a.m. An officer used pepper spray - oleoresin capsicum - on students involved in the fights, he said.

Other students were exposed to the spray, and were evaluated at the school by medical personnel, he said. Parents were also notified and the school later resumed normal operations.

"This incident will be reviewed by both the school administration, and the Los Angeles School Police Department," Zipperman said. "I want to reassure parents and guardians that the safety of our students and staff is the top priority at L.A. Unified."
More Videos
From CNN Newsource affiliates
TOP STORIES