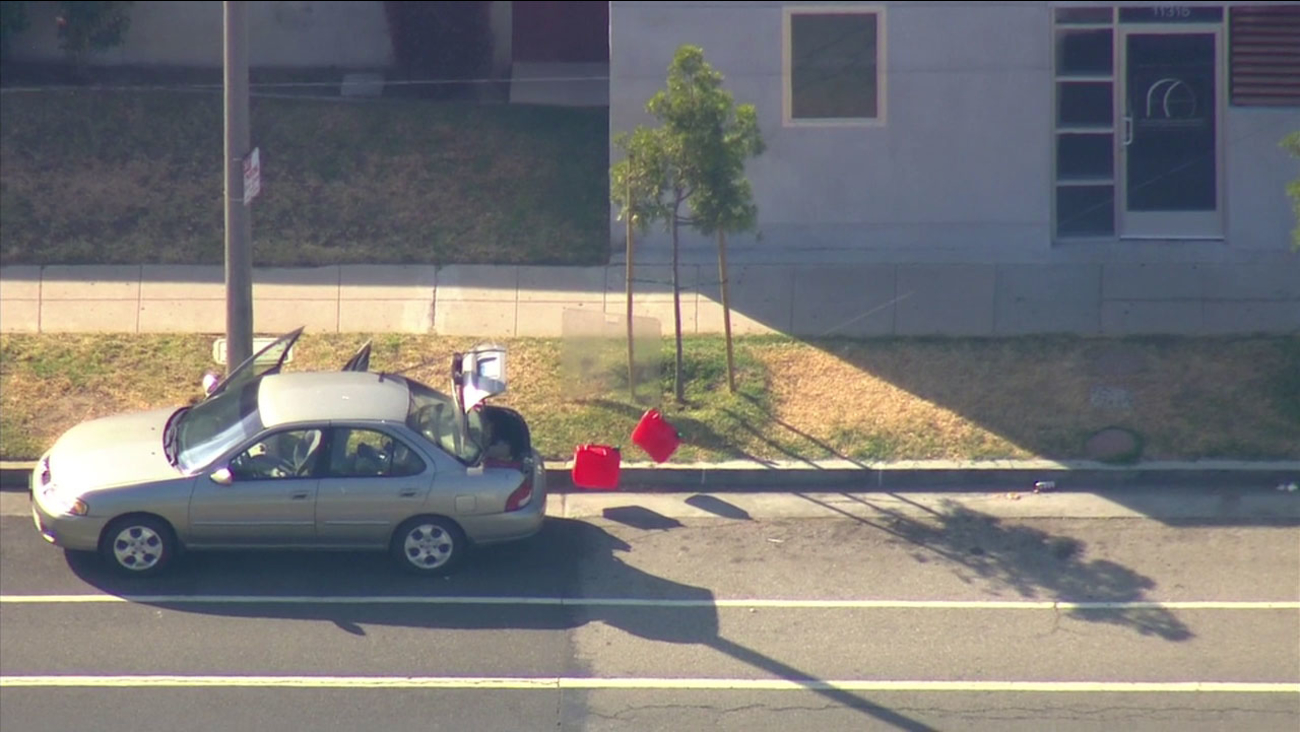 Police use a rope to remove liquid containers from the car belonging to the UCLA gunman which was found in Culver City.

CULVER CITY, Calif. (KABC) -- A vehicle matching the description of the one used by the UCLA gunman was found in Culver City on Friday.

A car matching the description of the one drove by the UCLA gunman was been found in Culver City.

Investigators believe Mainak Sarkar drove from Minnesota to Los Angeles shortly before killing Professor William S. Klug and then committed suicide in an engineering building on the school campus.

After the shooting, they issued an alert for a gray 2003 Nissan Sentra with Minnesota plates 720KTW.

A vehicle matching that description was spotted in the 11300 block of Washington Place in Culver City, about 5-6 miles from the UCLA campus.

The description and license plate of this vehicle found in Culver City match the one driven by UCLA gunman Mainak Sarkar.

Police set up a perimeter up around the vehicle and sent a bomb squad as a precaution.

When officers eventually opened up the vehicle, they found what appeared to be at least five red containers of a type normally used to hold gasoline. It was not immediately not known if they contained gasoline.

But bomb squad officers stayed clear of the vehicle and used a rope and pulley from a distance to pull the containers out of the trunk.

Washington Place between Sepulveda Boulevard and Bledsoe Avenue was closed to vehicles and pedestrians. Also the southbound 405 Freeway Washington/Venice offramp was closed.

They also found evidence that he drove through Denver on May 31, the day before the shooting. An automated license-plate reader had spotted his vehicle there, investigators said.

They also said preliminary ballistics comparisons of the shell casings from the UCLA shooting appear to match the same weapon used in Minnesota to kill Sarkar's estranged wife.

They said a search of his home in St. Paul, Minn. turned up a ballistic vest sent by mail, ammunition, computers, phones and prescription medication described as possibly Valium or a similar drug.