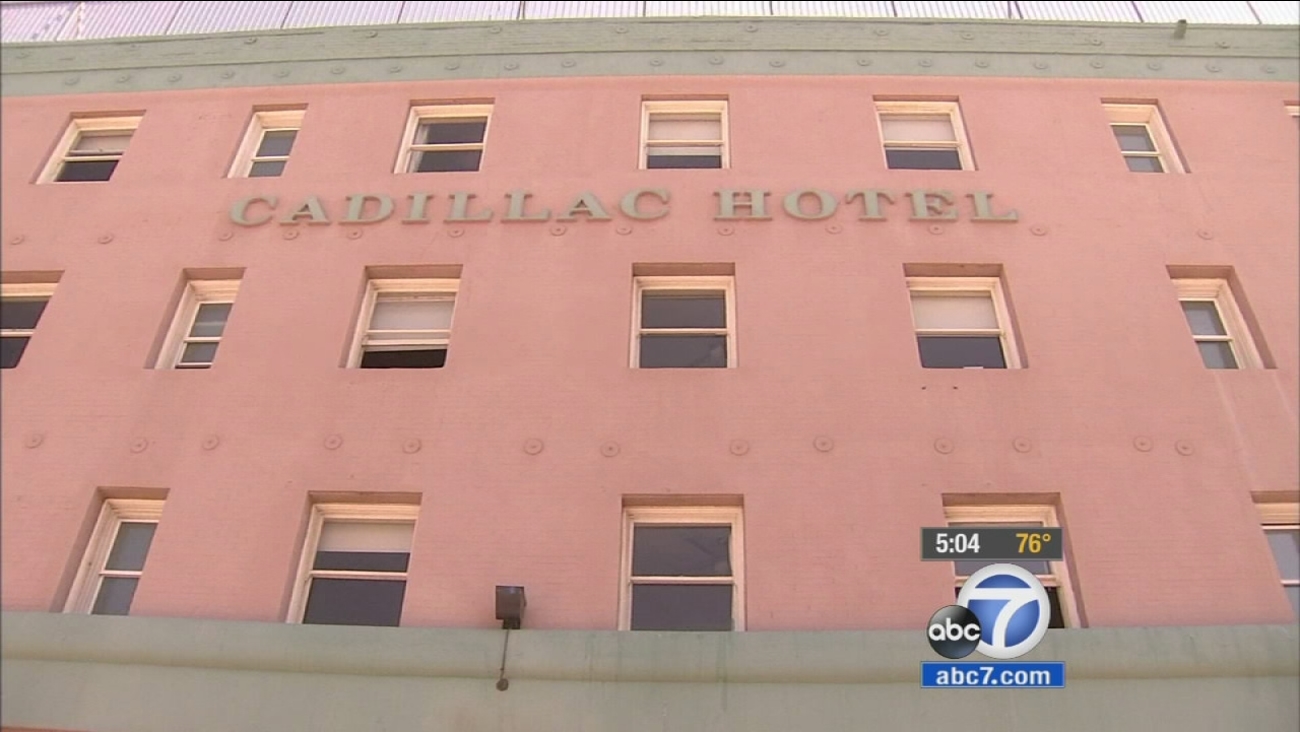 The front of the Cadillac Hotel in Venice Beach is shown in an undated photo. (KABC)

LOS ANGELES (KABC) -- Charges have been dropped against a Venice hotel owner who had been accused of ordering the shooting death of a transient on the boardwalk last August.

Sris Sinnathamby was arrested shortly after the death of Jascent-Jamal Lee Warren.

Authorities said he ordered a security guard to shoot homeless people sitting next to his Cadillac Hotel.

But a judge on Wednesday dropped Sinnathamby from the case citing insufficient evidence.

Security guard Francisco Guzman was ordered held for trial on one count of murder, one count of attempted murder and one count of felon in possession of a firearm.

Warren was shot on Aug. 30 and a second man was shot in the leg. Investigators said witnesses told them the incident started with an argument and that the hotel owner directed Guzman to shoot Warren.
Related topics:
venicelos angeleslos angeles countytrialmurderhomicide
Copyright © 2021 KABC-TV. All Rights Reserved.
More Videos
From CNN Newsource affiliates
TOP STORIES