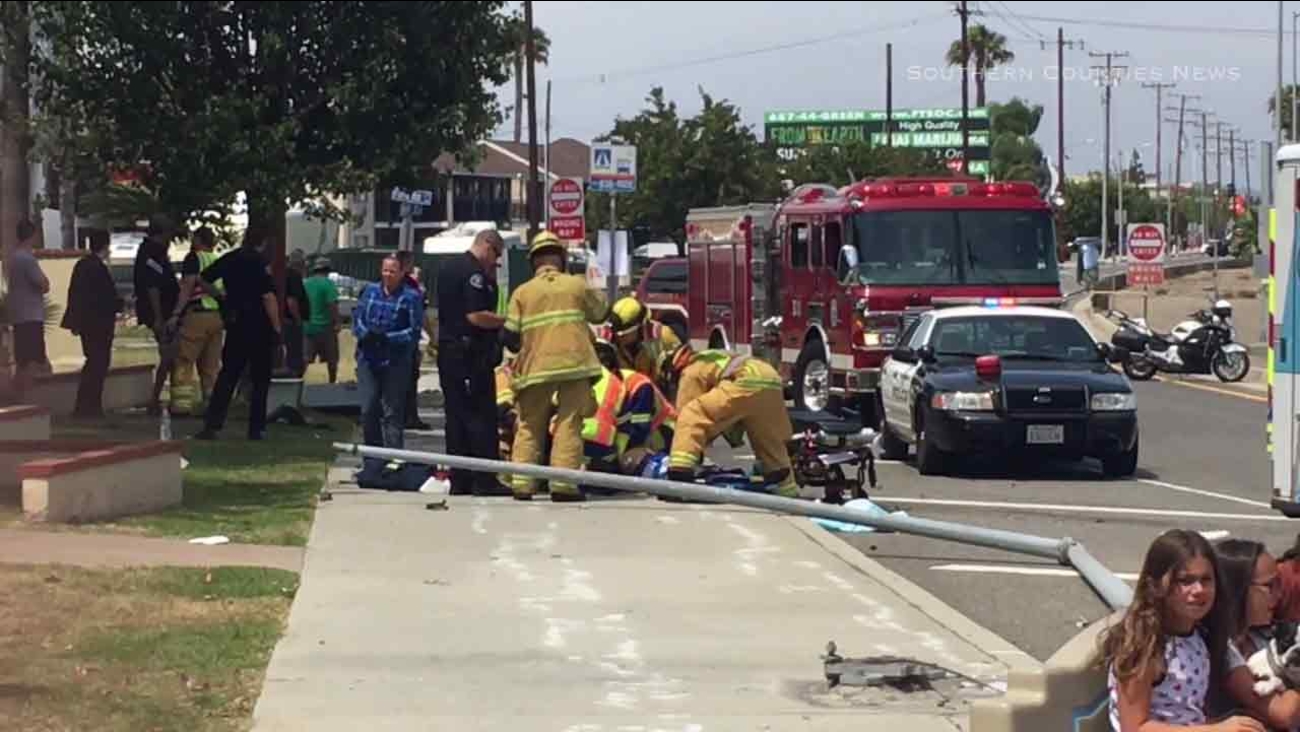 Emergency crews come to the aid of a man struck by a female driver in Costa Mesa on Friday, June 10, 2016.

COSTA MESA, Calif. (KABC) -- A woman driving a Mercedes-Benz SUV left the road and fatally struck a pedestrian in Costa Mesa on Friday.

Costa Mesa police said the car was driving southbound on Newport Boulevard at about 2:30 p.m. when it drove up on the sidewalk near Fort Road.

The driver, identified as 45-year-old Anna Marie McPherson, then hit a light pole, an electrical box a bus bench and a tree, along with the 64-year-old man.

Authorities said the pedestrian was rushed to the hospital with major injuries and later died.

The identity of the victim was not released pending next of kin.

Police said the driver was under investigation for possible DUI after showing signs of impairment and was later arrested.