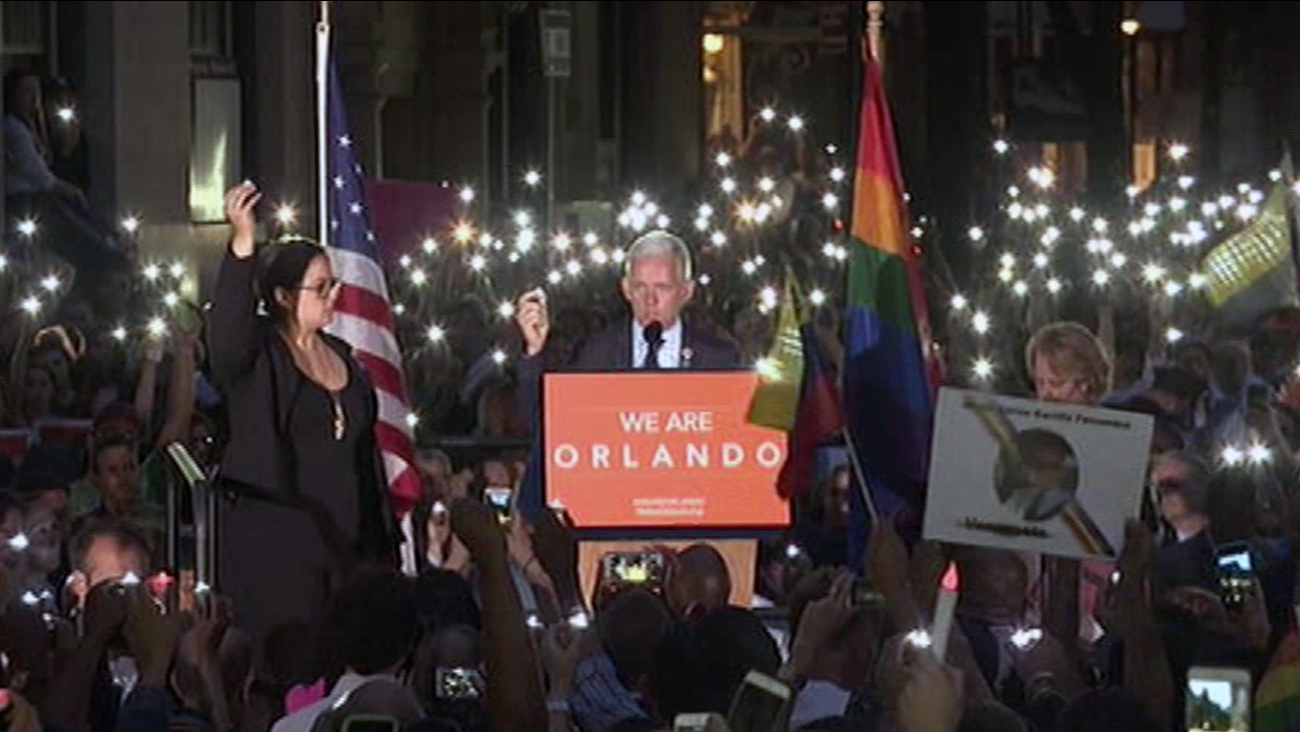 Thousands attended a vigil for the victims of the Orlando shooting outside the Stonewall Inn in New York City on Monday, June 13, 2016.