Westlake fatal fire suspect was in US illegally, officials say 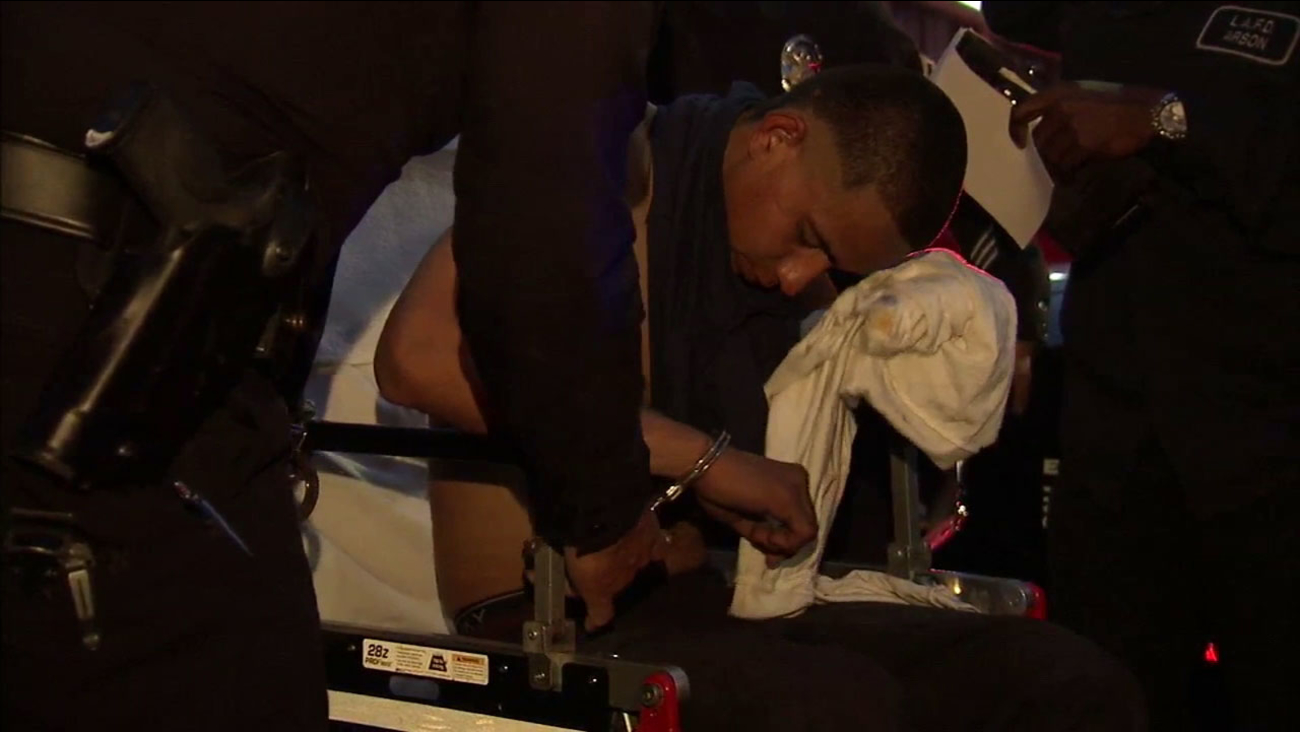 Johnny Josue Sanchez, 21, has been charged with murder for allegedly setting a fire that killed 5 people in the Westlake district.

WESTLAKE, LOS ANGELES (KABC) -- The homeless man accused of setting a fire that killed five people in a vacant Westlake district office building was in the country illegally and had been detained and released by immigration agents in 2012, according to federal officials.

Johnny Josue Sanchez, 21, has been charged with murder for allegedly setting a fire in the building at 2411 W. Eighth St. on June 13 after getting into a dispute with other transients at the site. By the next day, firefighters had pulled five bodies from the rubble of the two-story, 14,351 square-foot building.

The Department of Homeland Security said Sanchez was part of a group that was arrested by border patrol agents in November 2012 at the southeastern California border. They were turned over to U.S. Immigration and Customs Enforcement, who reviewed his case and determined he had no prior immigration or criminal history.

ICE released him under a supervision order, under which he was required to report in person to ICE on a regular basis, according to ICE spokesperson Virginia Kice.

Sanchez stopped showing up to ICE reporting appointments in August 2014.

Kice said after the fire, ICE looked back into his case and determined that Sanchez was never put into immigration proceedings, although the others arrested with him in 2012 were. The agency is looking into the issue.