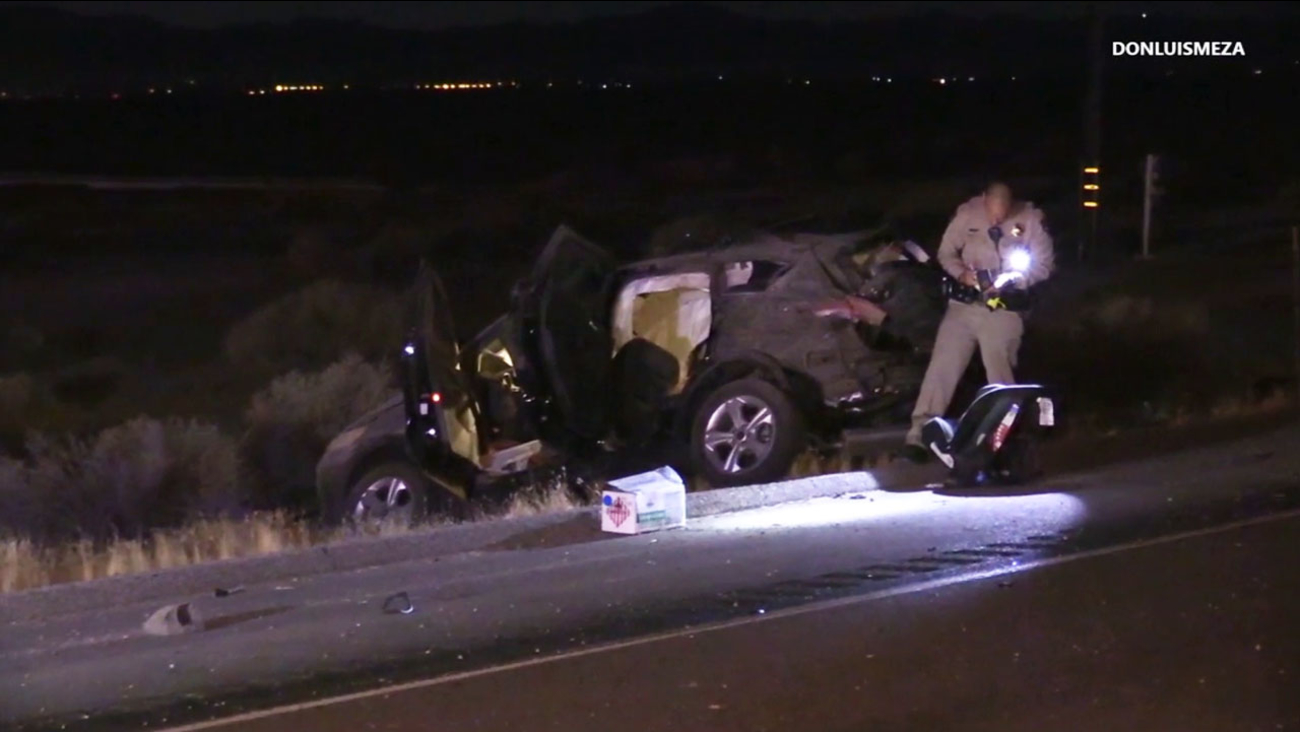 California Highway Patrol officers investigate a triple-fatal wreck that happened in Lancaster near the 14 Freeway on Sunday, June 19, 2016. (KABC)

LANCASTER, Calif. (KABC) -- Two women and a little girl were killed in a car crash near Lancaster Sunday night.

Authorities said the crash happened around 9:18 p.m. near Avenue D and the southbound 14 Freeway onramp.

California Highway Patrol officers said a 2016 Ford Escape was heading westbound on Avenue D near the onramp when it turned left into the path of a white 2013 Honda Accord heading eastbound.

The cars collided, authorities said, and the male driver of the Escape was ejected from the car. Two female passengers, 36 and 37, were pronounced dead at the scene. A toddler in the car was taken to a nearby hospital where she was pronounced dead, CHP said.

The driver, 37-year-old Palmdale resident Eric D. Johnson, was hospitalized with major injuries along with the 61-year-old Honda driver, Cheryl A. Harris.

Authorities arrested Johnson, but did not say why. The investigation was ongoing.