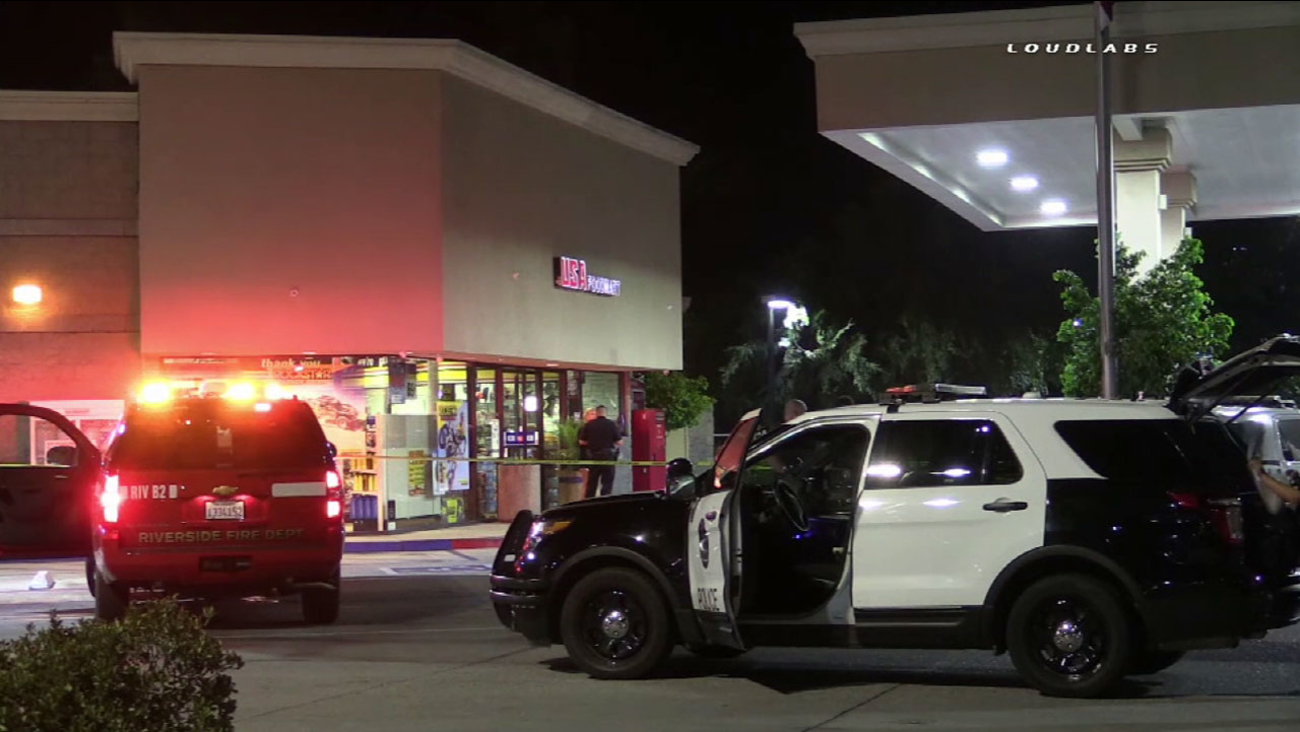 Authorities cordoned off a USA Gas station in Riverside after three people were shot on Saturday, June 25, 2016. (KABC)

RIVERSIDE, Calif. (KABC) -- One person died and two others were wounded in a shooting at a Riverside gas station early Saturday morning.

Around 12:45 a.m., Riverside police responded to the USA Gas station in the 3900 block of Tyler Avenue on reports of multiple gunshots being heard in the area.

When officers arrived, three people suffering from gunshot wounds were found. One person was pronounced dead at the scene and the other two were hospitalized in stable condition.

During the preliminary investigation, detectives learned the three victims were standing in the station's parking lot when a suspect approached them and opened fire.

The victims' identities were not released pending notification of next of kin.