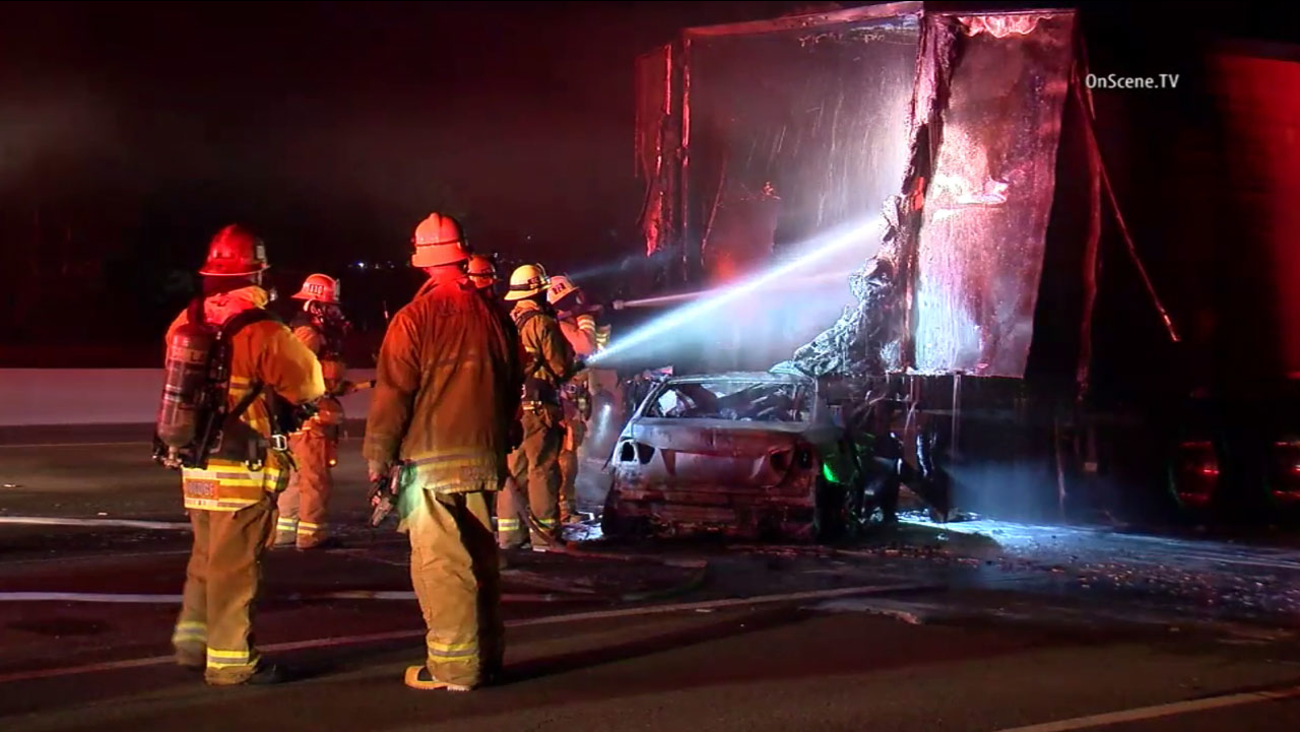 Firefighters work to put out any residual flames after a car and trailer of a big rig burst into flames during a crash on the 101 Freeway in Agoura Hills on Tuesday, June 28, 2016. (KABC)

AGOURA HILLS, Calif. (KABC) -- Two people were killed Tuesday morning after a car crashed into the back of a semi-truck, causing both vehicles to burst into flames on the eastbound 101 Freeway in Agoura Hills.

The crash happened around 12:15 a.m. when a car crashed into the trailer of a semi-truck near the Chesebro Road exit. Not long after the crash, both vehicles became fully engulfed in flames, authorities said.

It was unclear what caused the crash. Authorities did not release the identities of the victims nor what vehicles they were in.