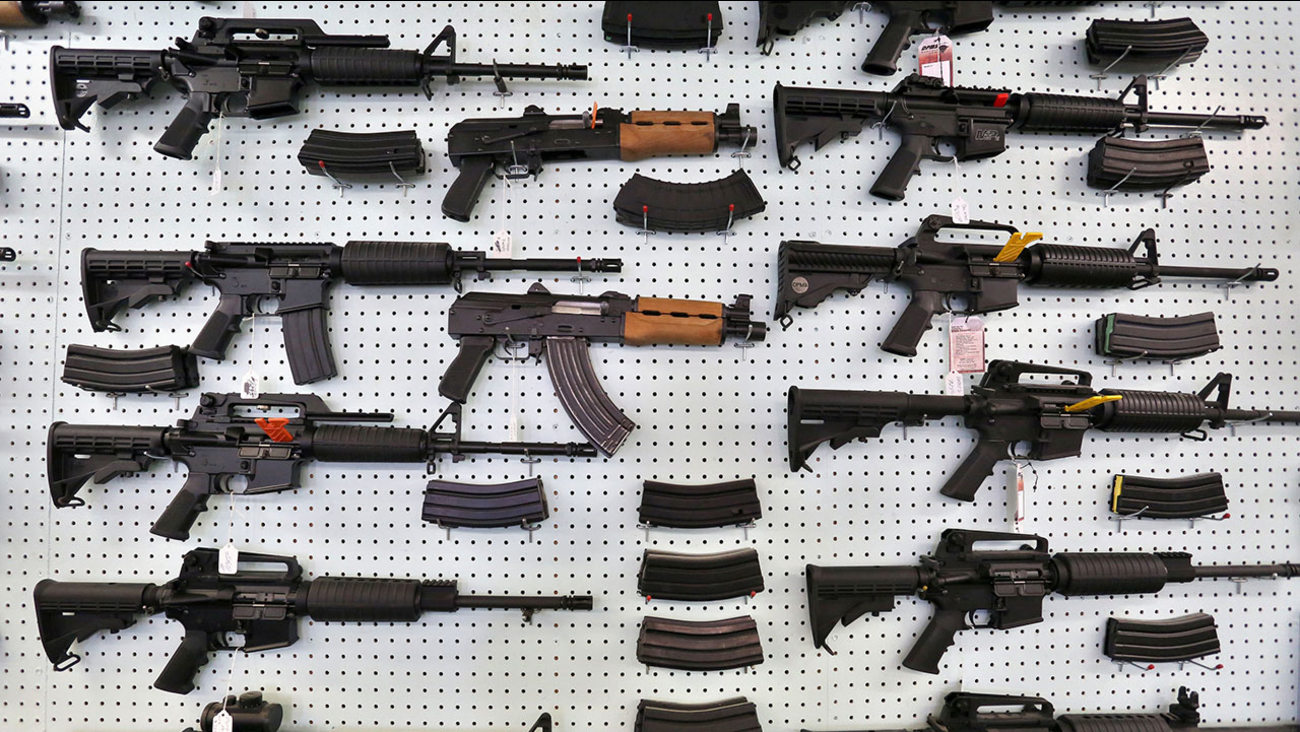 Guns are displayed for sale at a Colorado store in this 2014 file photo. (AP Photo/Brennan Linsley)

Legislative leaders hailed the move as the nation's most aggressive gun control effort and proof that firearm restrictions are politically viable. Their measures earned a sharp rebuke from gun-rights advocates who say the Legislature is shredding constitutional gun-ownership rights.

Senior California Democrats have been waging an increasingly tense battle over how to strengthen the state's gun laws. Newsom, a Democrat running for governor in 2018, is promoting a ballot measure that includes some of the same policies approved by the Legislature Thursday.

Senate President Pro Tem Kevin de Leon, a Democrat from Los Angeles, wants the Legislature to address the issue, fearing gun-control would fail at the ballot box or at least drive up turnout of conservatives who will vote against Democrats.

A spokesman for Newsom said he would not withdraw his measure from the November ballot.

In a statement, Newsom said he's pleased that the Legislature approved the gun-control measures and that they'd represent a meaningful step.

"Now, with the Safety for All initiative, voters will finally have a chance to take matters into their own hands and keep the momentum going with bold reforms that build and expand well beyond today's achievements," Newsom said.

Brown, a Democrat who has in the past vetoed some gun-control measures and signed others, hasn't said whether he'll sign the bills or if he'll do so in time for Newsom to drop his ballot measure. Brown's spokesman, Evan Westrup, declined to comment.

Lawmakers approved a bill expanding a six-month-old program that allows courts to temporarily restrict gun ownership rights for people with potential mental health problems. Currently, immediate family members and law-enforcement officers who are concerned someone may be a danger can seek a court order temporarily restricting the person's right to own or buy a gun. AB2607 would expand that right to employers, co-workers, mental health workers and employees of high schools or universities.

They also backed a measure regulating ammunition sales, requiring sellers to get licenses and buyers to be screened. They voted to ban assault weapons with features known as bullet buttons, which allow a shooter to quickly change magazines. And they backed legislation requiring people to turn in magazines that can hold more than 10 rounds.