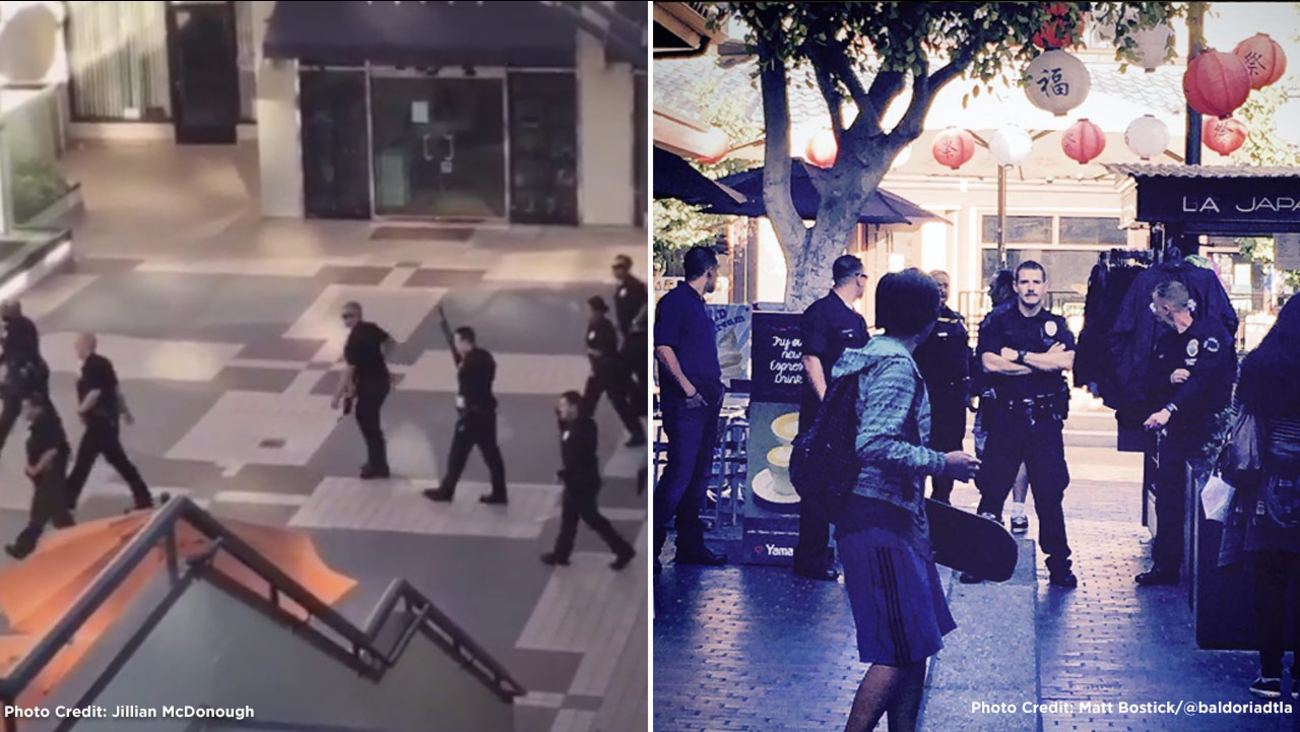 A man wielding a sword barricaded himself inside a cutlery store in Japanese Village Plaza in Little Tokyo on Sunday, July 3, 2016, according to the Los Angeles Police Department.

LITTLE TOKYO, LOS ANGELES (KABC) -- A man armed with a samurai sword who barricaded himself inside a Little Tokyo knife store was taken into custody after an hours-long standoff Monday morning.

The incident happened around 5:15 p.m. Sunday in the 100 block of the Japanese Village Plaza. Authorities said a man walked into the store, got in an argument with a security officer and began showing aggressive behavior.

The manager of the store called police, while customers and employees ran outside the store, police said. The suspect began grabbing swords and knives inside the store and threatened to harm himself when police arrived.

After more than eight hours, police were able to take the suspect into custody around 1:40 a.m. He was taken to a nearby hospital for an evaluation as he may have injured himself. 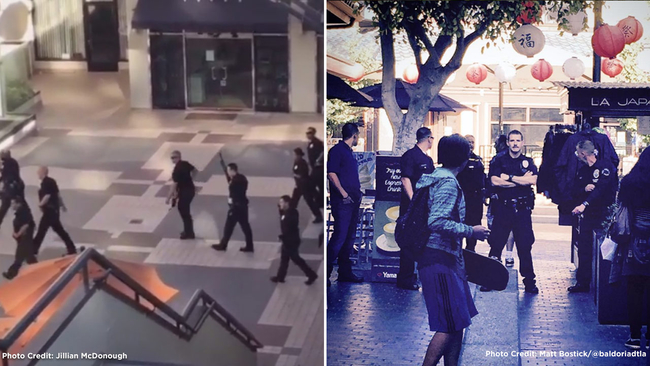