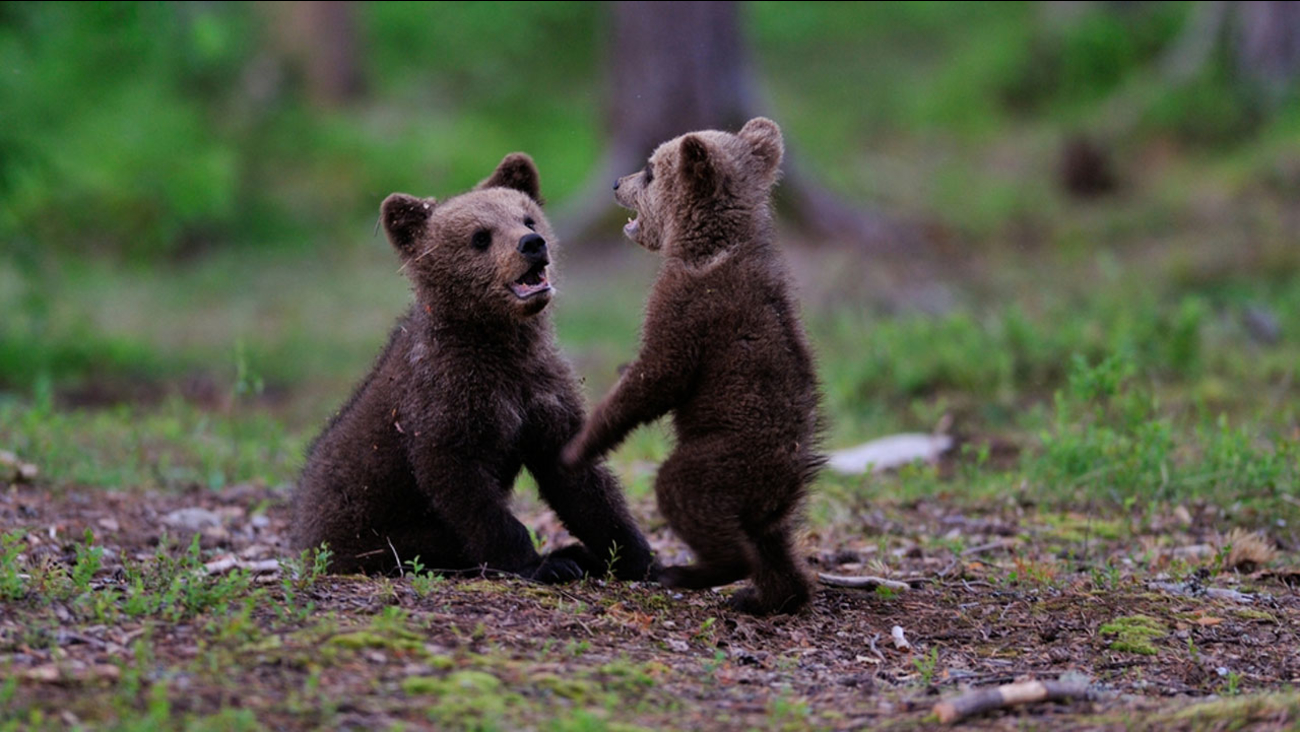 Two bear cubs are shown playing in the woods in a file photo. (Shutterstock)

Firefighters responded to a 1.5-acre brush fire around 1:46 a.m. near Bluff Street and Banning Bench. Crews were able to contain it by 5 a.m. As they cleaned up the site, Fish and Game officials were called to the scene.

Firefighters found a dead bear cub that appeared to be electrocuted in the fire zone. Its mother and another cub were located near the area.

Upon further investigation, officials determined two bear cubs had climbed up a power pole, touched the high-voltage power lines and were electrocuted. The burning cubs fell into the surrounding shrubbery, setting it on fire.