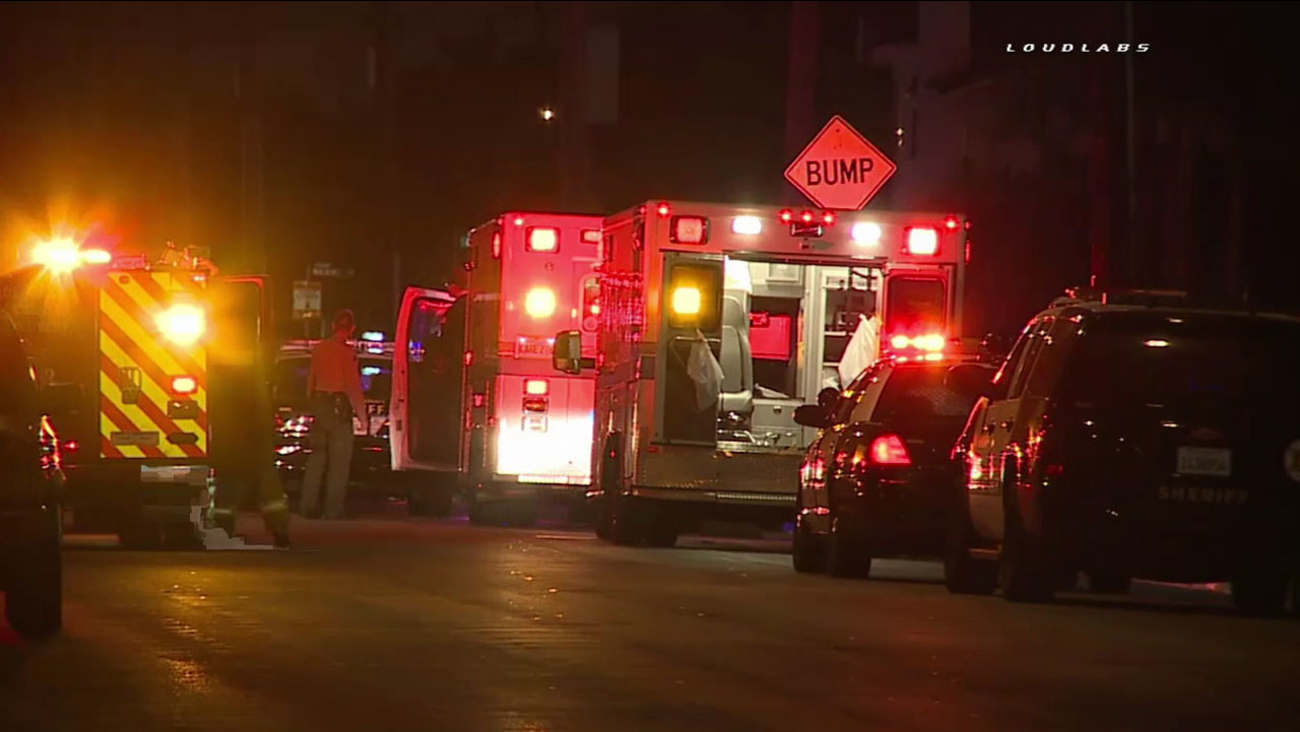 Authorities line a portion of Elizabeth Street in Cudahy after a man and woman were shot inside a parked car early Wednesday, July 6, 2016. (KABC)

CUDAHY, Calif. (KABC) -- A woman was shot to death and a man was wounded while they were sitting inside a parked car in Cudahy early Wednesday morning.

Authorities reported to the 5000 block of Elizabeth Street around 2:29 a.m. The victims were found and taken to a local hospital where the woman was pronounced dead. The man received treatment for unspecified injuries he sustained in the shooting.

The couple were inside a parked car on the street when another car drove up and someone opened fire on the couple, authorities said. It was unclear what led to the shooting.