Man, 20, on bicycle shot and killed in Santa Ana 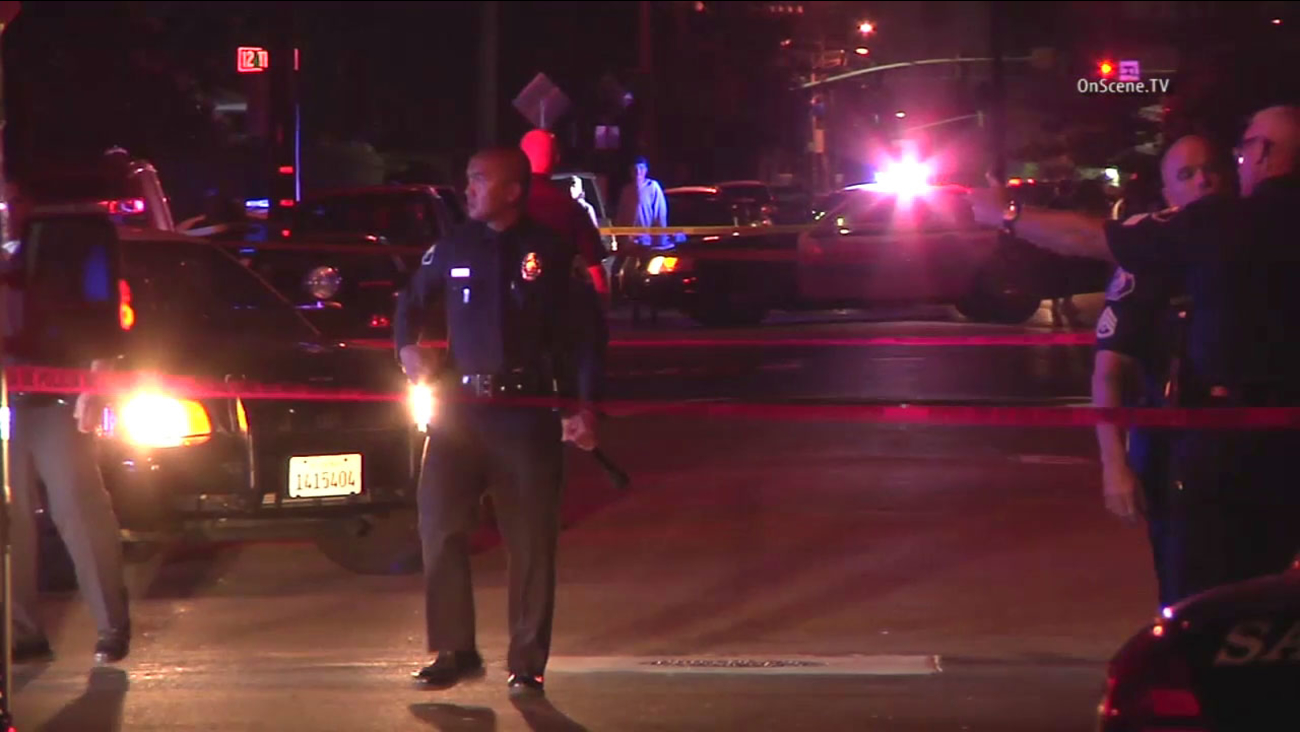 Santa Ana police investigate the scene where a man was shot and killed in the 2100 block of West Washington Avenue on Wednesday, July 6, 2016.

SANTA ANA, Calif. (KABC) -- A 20-year-old man on a bicycle was shot and killed Wednesday night on a street in Santa Ana, police said.

Just after 10 p.m., officers responding to a shots fired call in the 2100 block of West Washington Avenue found a man in the middle of the street, unconscious and unresponsive, suffering from gunshot wounds to the upper body. Paramedics arrived on the scene and declared the man dead.

The victim was later identified as Anthony Ramirez, 20, of Santa Ana.

Detectives said Ramirez was riding his bicycle when he was shot and a vehicle was then seen fleeing the area. Officials have not determined if the shooting was gang-related.