The victims of the deadly Baton Rouge police shooting 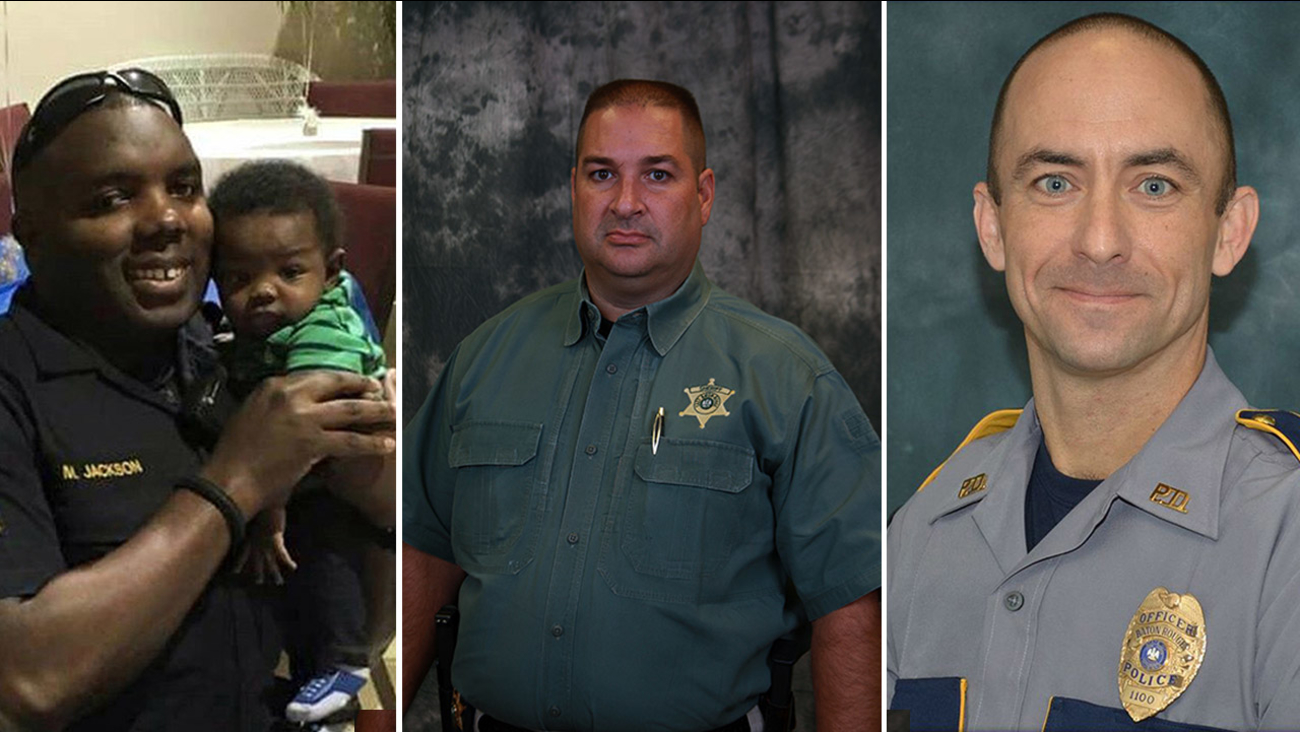 Brad Garafola: The 45-year-old deputy had been serving with the East Baton Rouge Sheriff's Office for 24 years.

A neighbor described Garafola as a "family man," and said he leaves behind a 7-year-old girl, a 12-year-old son, a 15-year-old daughter and a 21-year-old son.

Matthew Gerald: The 41-year-old officer had been serving with the Baton Rouge Police Department for less than a year.

Gerald was currently assigned to the uniform patrol bureau. He had celebrated his fourth wedding anniversary just two weeks ago. WWL-TV in New Orleans reported Gerald and his wife, Dechia, have a 3-year-old daughter together and that Gerald had adopted his wife's daughter from a previous relationship.

Montrell Jackson: The 32-year-old officer had been serving with the Baton Rouge Police Department for 10 years.

Jackson was currently assigned to the uniform patrol bureau. He leaves behind a 4-month-old son, Mason, and his wife Trenisha Jackson. Just days before his death, he took to Facebook in a touching post to discuss the hardships he'd recently faced as an officer.

He ended the post by stating, "I'm working these streets so any protesters, officers, friends, family or whoever, if you see me and need a hug or want to say a prayer, I got you."