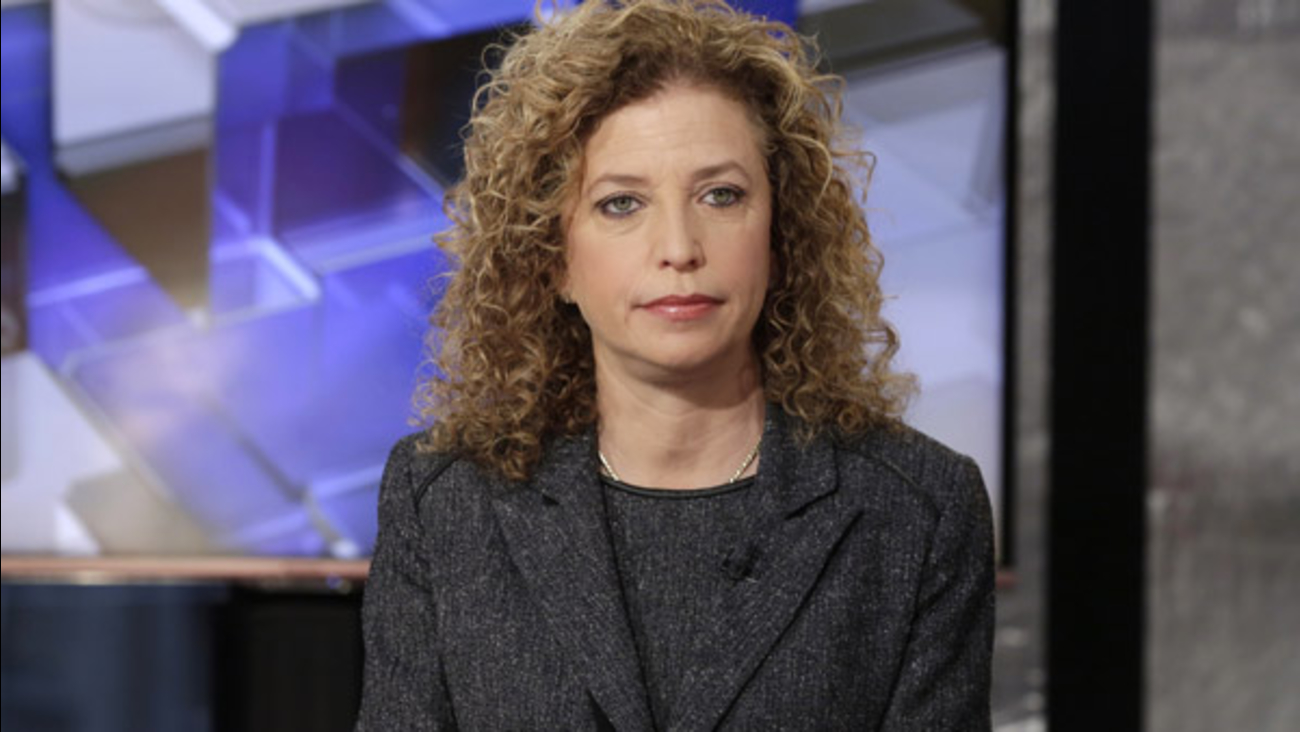 In a statement, Wasserman Schultz said she will step down at the end of the four-day convention. She said she plans to formally open and close the convention, as well as address delegates.

Her statement does not address the email controversy.

Wasserman Schultz's swift ouster underscores party leaders' desire to avoid convention confrontations with Sanders' loyal supporters. The chairwoman has been a lightning rod for criticism throughout the presidential campaign, with Sanders repeatedly accusing the DNC of backing Clinton.

Sanders said the 19,000 emails published by the website Wikileaks appeared to confirm his suspicions.

In one leaked email, a DNC official wondered whether Sanders' religious beliefs could be used against him, questioning whether the candidate may be an atheist.

Sanders pressed for Wasserman Schultz to quit as chairwoman immediately. He also suggested that Clinton's choice of running mate, Virginia Sen. Tim Kaine, was a disappointment and that he would have preferred Massachusetts Sen. Elizabeth Warren, a favorite of liberals.

"His political views are not my political views. He is more conservative than I am. Would I have preferred to see somebody like an Elizabeth Warren selected by Secretary Clinton? Yes, I would have," Sanders told NBC's "Meet the Press."

The Clinton team worked to portray their party's convention in a different light from the just concluded Republican gathering in Cleveland, where Donald Trump accepted the GOP nomination but party divisions flared when his chief rival, Texas Sen. Ted Cruz, refused to endorse the billionaire businessman.

Trump cast himself as the law-and-order candidate in a nation suffering under crime and hobbled by immigration, as the GOP convention stuck to a gloom-and-doom theme. Democrats said they wanted to convey a message of optimism and improving the lives of all Americans.

But party disunity also seems to be a factor in Philadelphia, given Sanders' demands for a new leader and general unhappiness among his many supporters about how the nomination process unfolded.

Norman Solomon, a delegate who supports Bernie Sanders, says there is talk among Sanders' delegates of walking out during Kaine's acceptance speech or turning their backs as a show of protest.

Solomon said he believes a "vast majority" of Sanders delegates support these kinds of protests to express their dismay. Sanders' supporters say they are concerned that Kaine is not progressive enough.

Dan O'Neal, 68, is a retired school teacher and delegate from Arizona, said Wasserman Schultz has to be censured.

"We knew they were stacking the deck against Bernie from the get-go, but this type of stuff coming out is outrageous," he said. "It proves our point that they've tried to marginalize him and make it as difficult as possible."

"The emails have proven the system was rigged from the start," Manafort told "Fox News Sunday."

Clinton's campaign manager, Robby Mook, tried to shift blame away from DNC officials to "Russian state actors" who, he said, may have hacked into DNC computers "for the purpose of helping Donald Trump," the Republican presidential nominee.

How the emails were stolen hasn't been confirmed.

"It was concerning last week that Donald Trump changed the Republican platform to become what some experts would regard as pro-Russian," Mook said.

Clinton is within just days of her long-held ambition to become the party's official presidential nominee.

After the DNC released a slightly trimmed list of superdelegates - those are the party officials who can back any candidate - it now takes 2,382 delegates to formally clinch the nomination. Clinton has 2,814 when including superdelegates, according to an Associated Press count. Sanders has 1,893.

Also Sunday, Kaine and his wife, Anne Holton, were back at their longtime church in Richmond, Virginia, a day after he made his campaign debut with Clinton.

Kaine, a former choir member at St. Elizabeth Catholic Church, sang a solo during Communion. He later told reporters outside the church: "We needed some prayers today and we got some prayers, and we got some support and it really feels good."
Related topics:
politicspennsylvaniaemailshacking2016 democratic national convention dncdemocratswikileaksu.s. & world
Copyright © 2021 by The Associated Press. All Rights Reserved.
More Videos
From CNN Newsource affiliates
TOP STORIES