Man, woman in their 20s found dead in Hermosa Beach in apparent murder-suicide 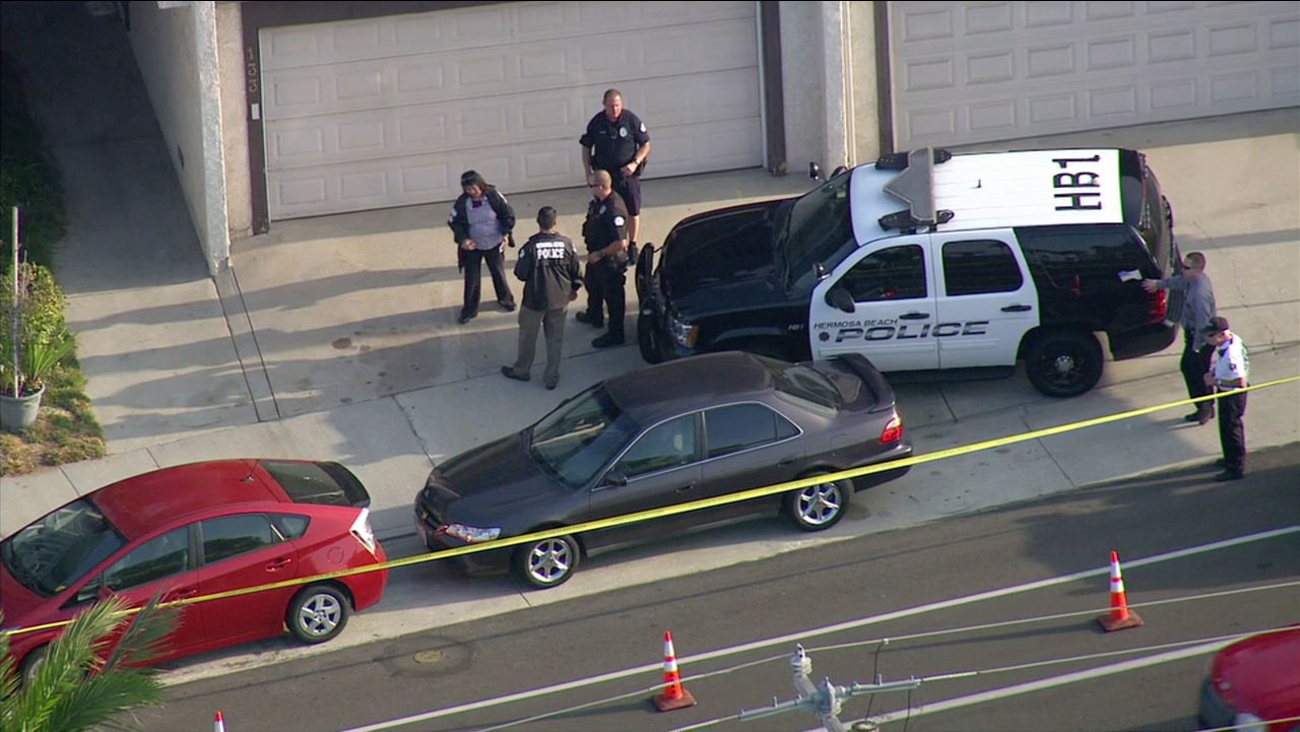 Law enforcement officials are seen in Hermosa Beach, where a man and a woman in their 20s were found shot to death on Thursday, July 28, 2016.

HERMOSA BEACH, Calif. (KABC) -- A man and woman in their 20s were found shot to death in Hermosa Beach in what investigators believe was a possible murder-suicide.

Neighbors along the 100 block of Herondo Street alerted police after hearing gunshots at around 6:30 a.m. Thursday.

Both individuals were found with gunshot wounds and were pronounced dead at the scene. They were found together inside a bedroom, investigators said.

A coroner's official said the man was 25 years old, and the woman was in her 20s.

Sheriff's investigators said it appears the man shot the woman, then shot himself. A firearm was found at the scene.

The relationship between the two remains unclear. Their identities were not immediately released pending notification of next of kin.

Hermosa Beach police is working together with the Los Angeles County Sheriff's Department in this investigation.