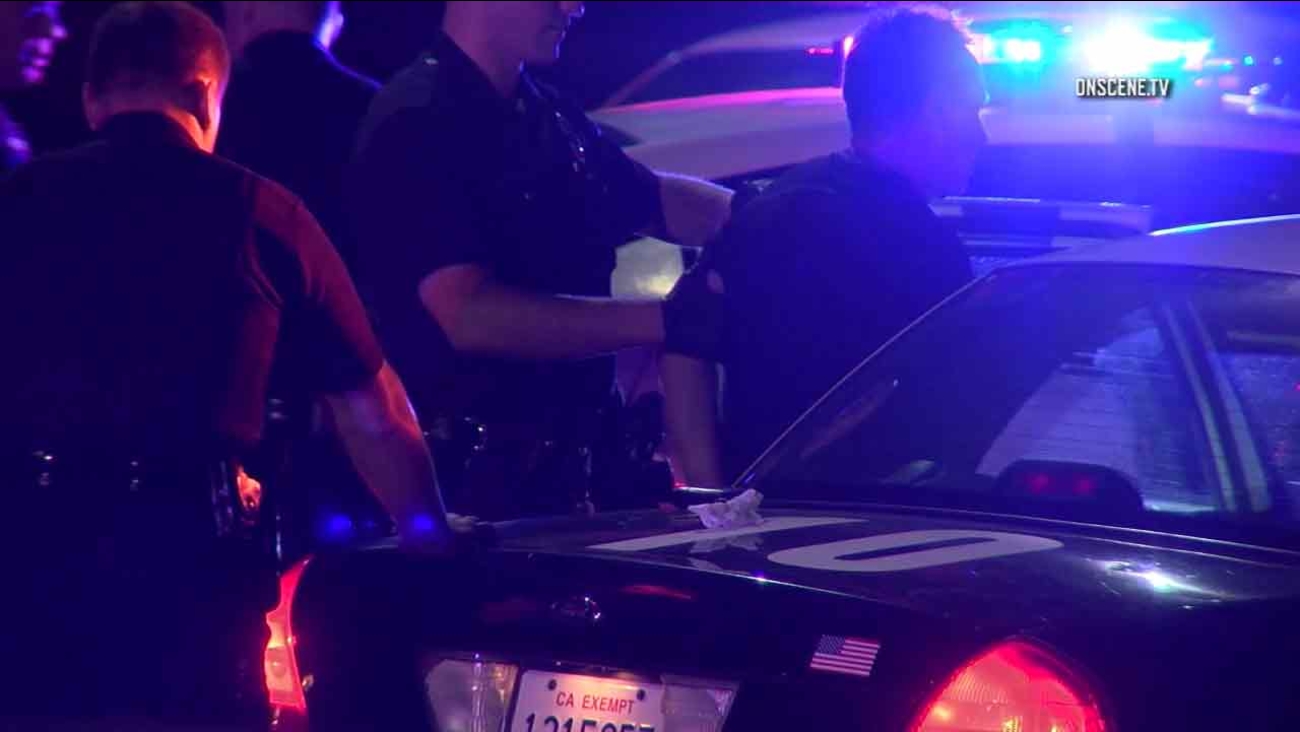 A suspect accused of fatally striking a person before leading police on a chase is taken into custody by police in Pacific Palisades on Saturday, July 30, 2016.

NORTH HILLS, LOS ANGELES (KABC) -- An arrest was made in a deadly hit-and-run in North Hills that turned into a brief police chase early Saturday, police said.

A victim was struck by a Prius just after midnight at Sepulveda Boulevard and Parthenia Street, according to the Los Angeles Police Department's Valley Traffic Division.

A 54-year-old man was crossing against a red light when he was hit and the driver fled, authorities said. The victim was pronounced dead at the scene.

The suspect, driving a Prius, then led police on a brief chase. The driver crashed the Prius into a steel parking pillar in a private parking lot and was detained at Porto Marina Way and Pacific Coast Highway in Pacific Palisades, police said.

The driver was identified as Mark Christian Johnson. He was arrested for felony evading at the end of the chase.

Authorities confirmed the suspect in the chase was the same driver involved in the deadly hit-and-run.