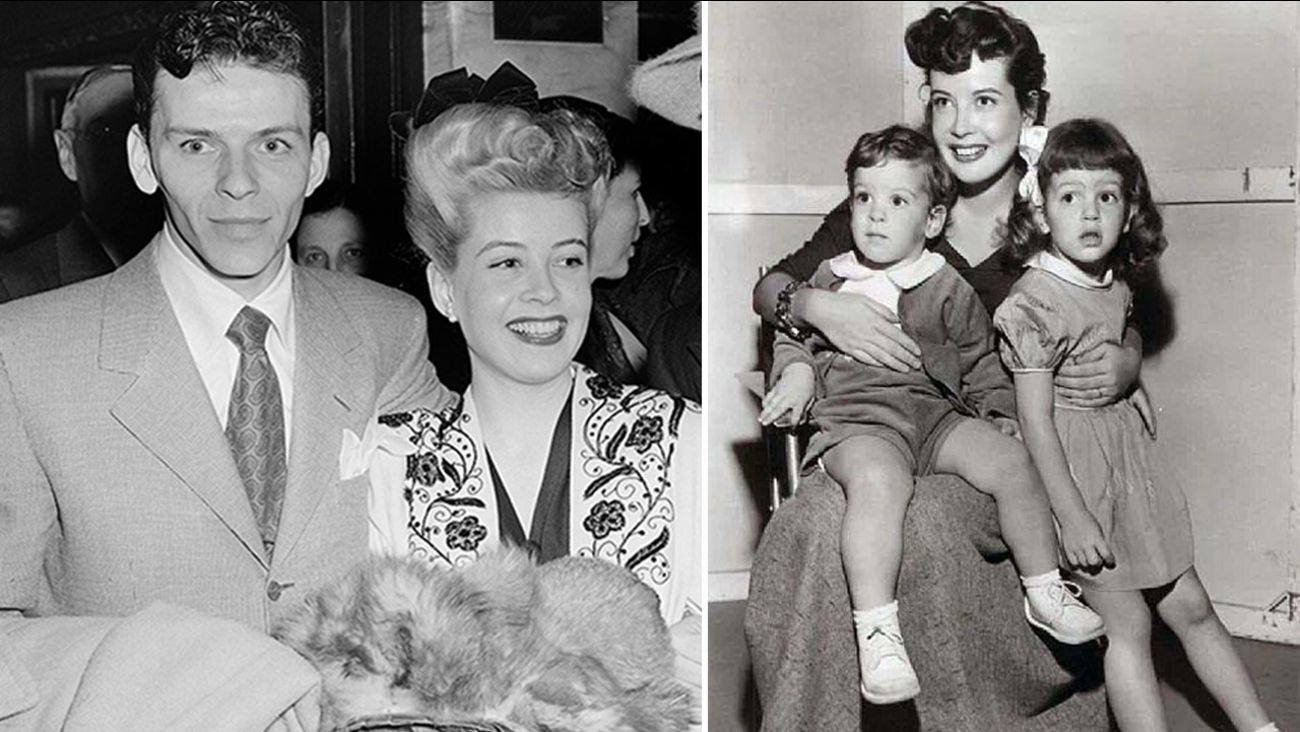 Glorida DeHaven poses for a photo with Frank Sinatra in Los Angeles on Feb. 24, 1944 (left), and with two of her children (right). (Courtesy of AP/DeHaven family)

LAS VEGAS (KABC) -- Actress Gloria DeHaven, known for starring in several MGM musicals during the Golden Age of Hollywood, has died. She was 91.

DeHaven's family confirmed to ABC7 she passed away peacefully in her sleep while in hospice care in Las Vegas on Saturday.

The actress made her big-screen debut as a child in the Charlie Chaplin classic "Modern Times" back in 1936.

DeHaven, a Los Angeles native, went on to star in numerous musicals in the 1940s, and appeared alongside Frank Sinatra, Gene Kelly, Rosalind Russell and more.

Later in her career, DeHaven started acting in soap operas, including the hits "All My Children" and "As the World Turns."

DeHaven's family released a statement to ABC7, which read in part, "She will be deeply missed by her family, friends, all who knew her and by people all over the world whose lives she touched through her films, TV appearances and stage performances. Our mom leaves behind a screen legacy and a love of her family, her pets, her friends, her fans and of laughter and life."
Related topics:
arts & entertainmentactorcelebrity deathsmusical
Copyright © 2021 KABC-TV. All Rights Reserved.
More Videos
From CNN Newsource affiliates
TOP STORIES