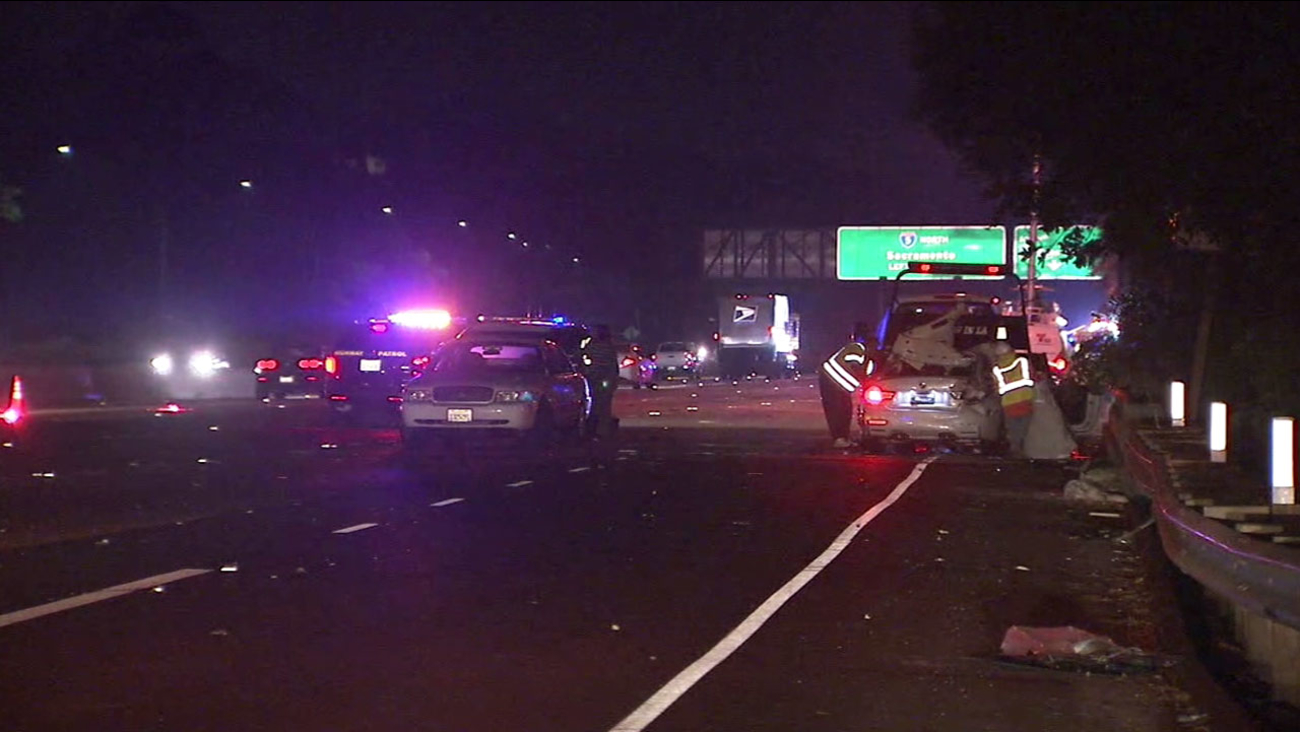 Authorities clean up a fatal traffic collision on the northbound 5 Freeway near Elysian Park on Tuesday, Aug. 2, 2016. (KABC)

ELYSIAN PARK, LOS ANGELES (KABC) -- The driver of a BMW traveling at high speeds on the northbound 5 Freeway near Elysian Park was killed after crashing into a big rig early Tuesday morning.

California Highway Patrol officers received a call around 1:27 a.m. regarding a traffic collision on the freeway. The driver, a man in his late 20s, was traveling about 100 mph in the white BMW before the crash, according to authorities.

It was unclear if the big rig driver was injured in the crash.

CHP closed off all but one lane on the freeway for several hours to investigate and clean up the area. A SigAlert was issued.