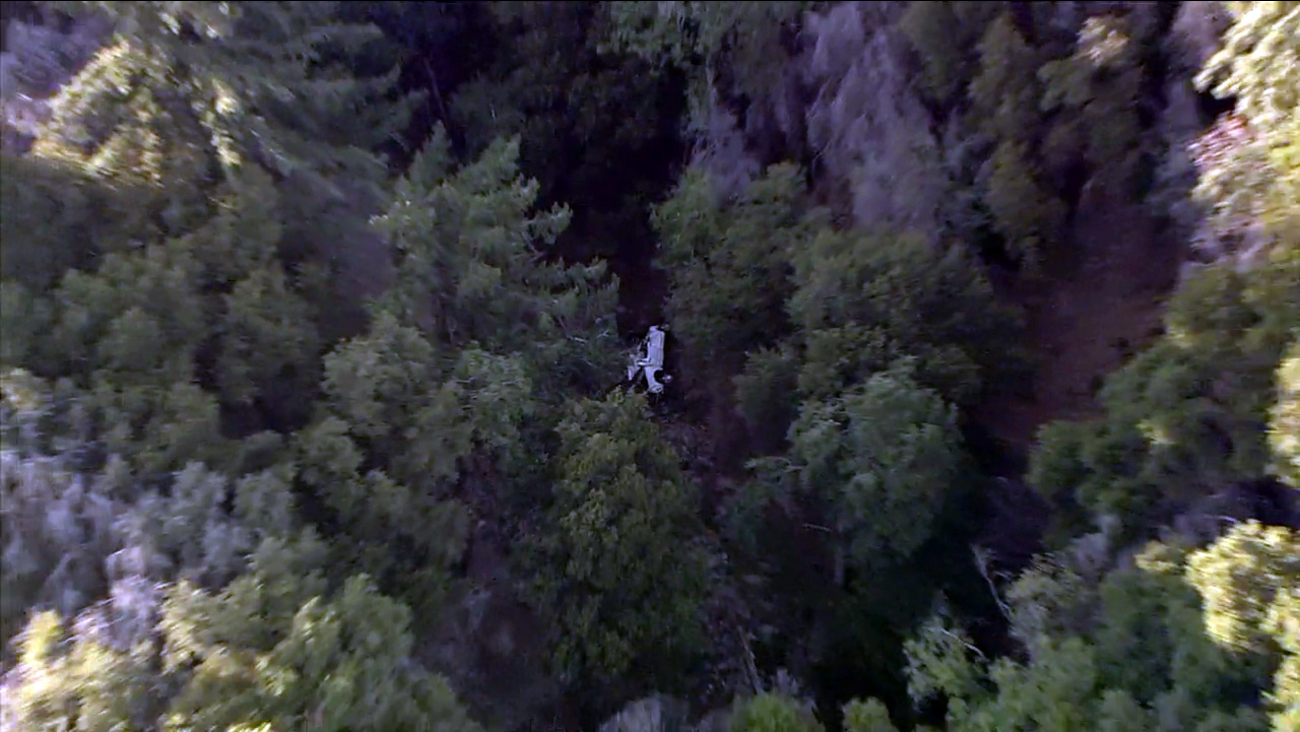 A truck that crashed over a cliff was discovered in the Angeles National Forest amid the search for three Fontana teenagers on Monday, Aug. 1, 2016.

ANGELES NATIONAL FOREST (KABC) -- A truck belonging to a missing Fontana teenager was confirmed to be the vehicle that crashed over a cliff in the Angeles National Forest, according to Fontana police.

The truck was spotted Monday evening amid the search for three missing teens from Fontana. Three bodies were also found at the scene of the crash, but officials have not confirmed the identities of the bodies.

Authorities were searching for 19-year-old Daniel Gamboa, 18-year-old Kasey Vance and 17-year-old Samantha Ornelas, who were reported missing by their families.

Police said the teens told family members Saturday they were going to the Angeles National Forrest, possibly near Mount Wilson.

The teens were believed to be in a white 2008 Toyota Tundra pickup truck owned by Gamboa. Officials confirmed the truck found in the Angeles National Forest on Monday belonged to Gamboa.

The truck was found crashed over the side of Angeles Crest Highway at mile marker 40, approximately two miles from Mount Wilson Road.

Video from near the scene of the crash showed family members of the missing teenagers on their knees praying and crying in agony.

Authorities said some of the victims were ejected during the crash.
Related topics:
los angeles countyfontanasan bernardino countysearch and rescuemissing personbody found
Copyright © 2021 KABC-TV. All Rights Reserved.
TOP STORIES
Woman safe after video of possible abduction in Bell Gardens
Heat advisories issued for most of SoCal on first day of fall
California struggles to conserve water amid historic drought
FDA expected to authorize limited wider use of Pfizer booster
Who is running for mayor of LA? Here are the top contenders
Anti-Black bias events most prevalent in 2020: CA attorney general
Search set to resume for Brian Laundrie in Gabby Petito case
Show More
Willie Garson, known for 'Sex and the City,' dies at 57
Mega Millions ticket worth $432 million sold in New York
Officials: Many Haitian migrants are being released in US
Paychecks delayed for hundreds of Santa Ana school district employees
Amazon, Chobani and others vow to hire Afghan refugees
More TOP STORIES News