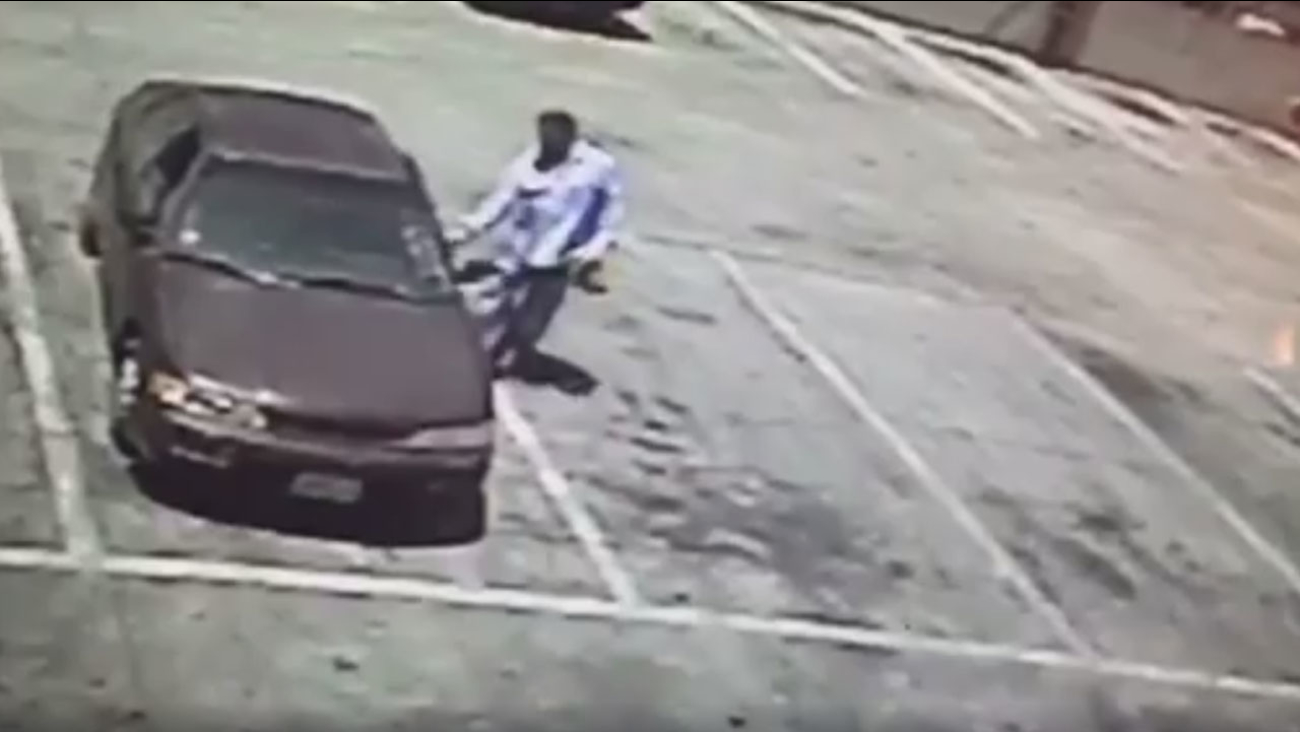 A person of interest is shown getting into a car that was involved in a fatal motorcycle crash near Santa Ana. (Orange County Sheriff's Department)