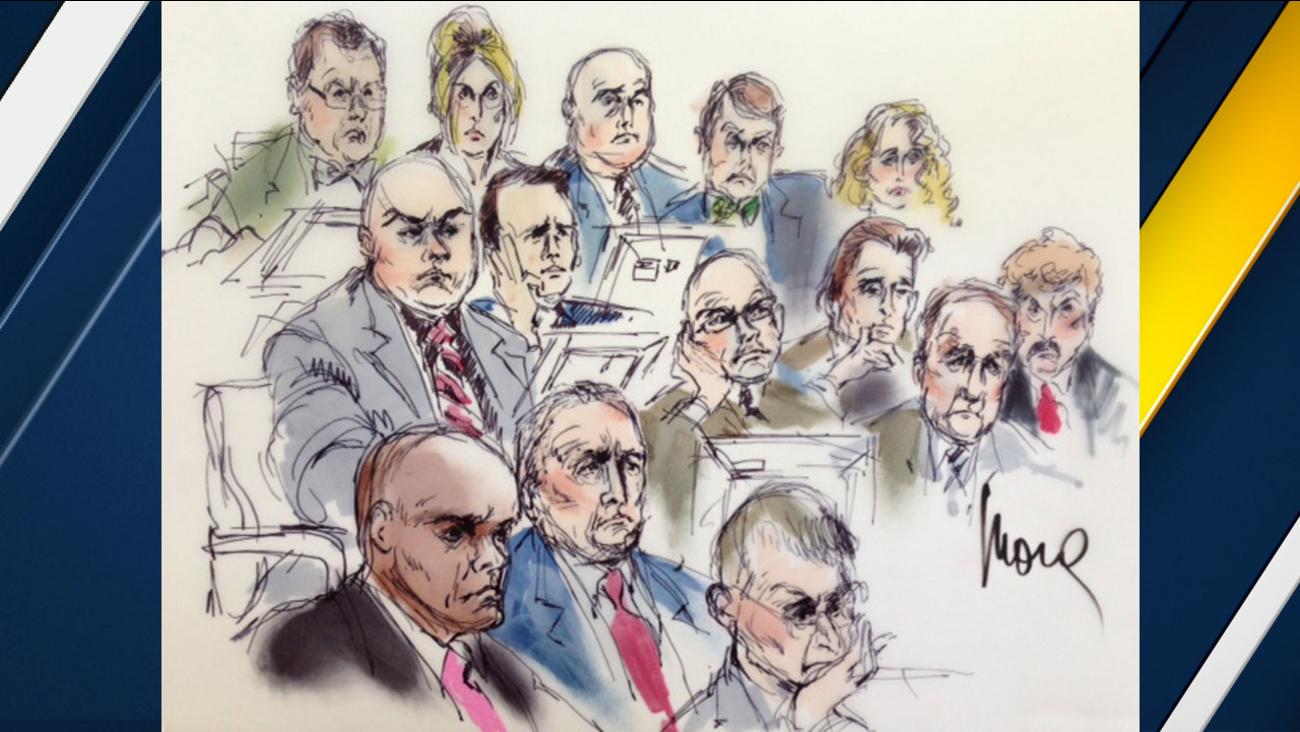 Six of the seven Los Angeles County sheriff's officials are shown above in a court sketch. (KABC)

The court issued its opinion Wednesday, rejecting the appeals and affirming the previous convictions and sentences. It's likely all seven will begin serving their prison sentences in the near future. Their sentences ranged from 18 months to 41 months.

All seven had appealed their convictions and remained free on bail.