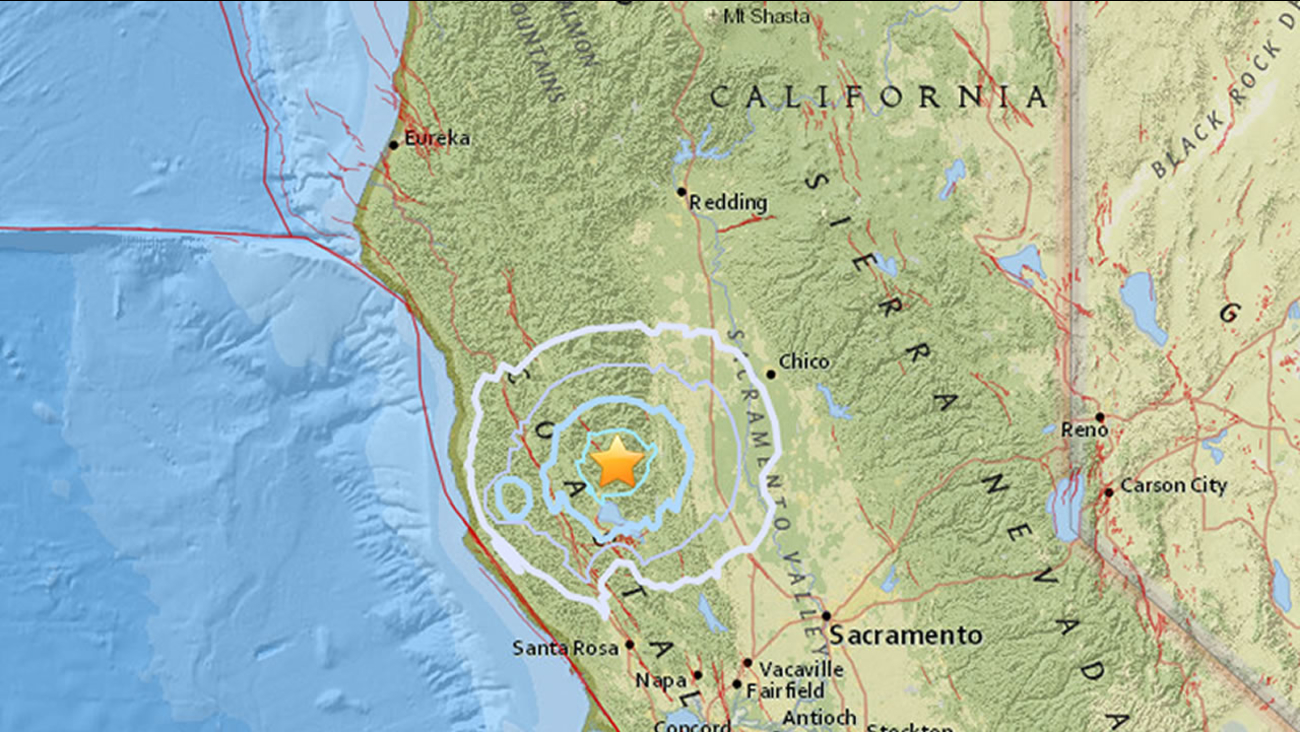 A 5.1-magnitude earthquake struck in Upper Lake, California at 7:57 p.m., according to the USGS.

KABC
By ABC7.com staff
UPPER LAKE, Calif. (KABC) -- A 5.1-magnitude earthquake struck north of the Bay Area on Tuesday, according to the United States Geological Survey.

The earthquake struck near Upper Lake, California, which is about 130 miles north of the Bay Area, at about 7:57 p.m.

The earthquake was originally reported as 5.0 magnitude by the USGS, but was later upgraded to 5.1-magnitude.

Shortly after the initial earthquake, the USGS reported aftershocks of 3.0 and 2.7 magnitude.

The Lake County Sheriff dispatch reported no damage or injuries and stated firefighters were battling a small wildfire nearby, according to ABC affiliate KGO-TV in San Francisco.