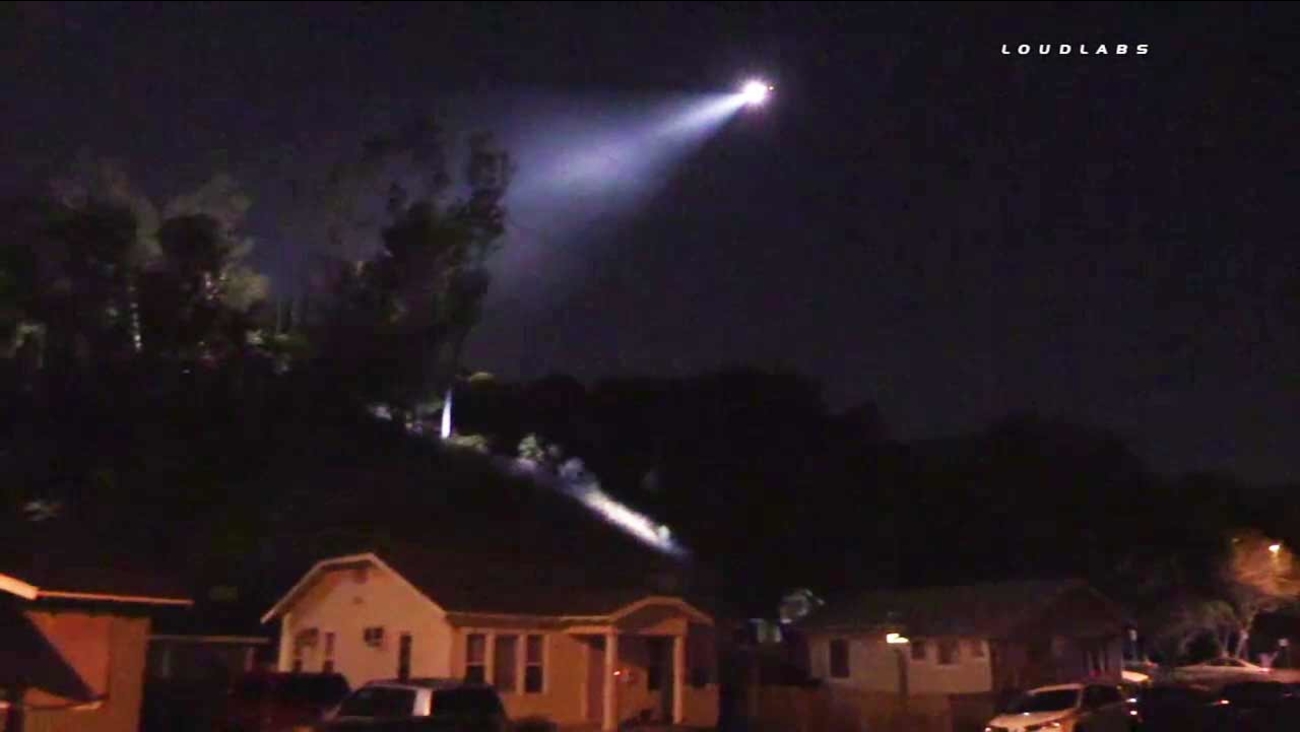 A law enforcement aircraft shines a spotlight in the Eagle Rock area after a shooting suspect bailed on foot following a police chase on Thursday, Aug. 18, 2016.

EAGLE ROCK, LOS ANGELES -- A search was underway Thursday for a shooting suspect who led police on a chase from Lincoln Heights before bailing on foot near Eagle Rock High School.

Los Angeles police said the suspect shot at another car, causing it to crash at Broadway and Daly Street in Lincoln Heights around 3 a.m.

The driver who crashed was transported to an area hospital in unknown condition. It was not clear if that victim suffered a gunshot wound.

Police chased the suspect, who eventually abandoned his car and fled on foot in the area of Yosemite and Mount Royal drives, police said.

LAPD established a command post at Eagle Rock High School. Los Angeles Unified School District posted on Twitter that the school is open and classes will go ahead as scheduled, and students will take different entrances due to the search.

Due to police activity, students from the west will be walked on campus to the administration building. From the east, to the south gym.

Yosemite Drive was closed between La Roda Avenue and Townsend Avenue in front of the school.

Police searched the area surrounding the high school, but it was never on lockdown. The search was called of later in the morning after police could not locate the suspect.
Related topics:
eagle rocklos angelessearchlausdhigh schoolschoolshootingstudent safetystudents
More Videos
From CNN Newsource affiliates
TOP STORIES