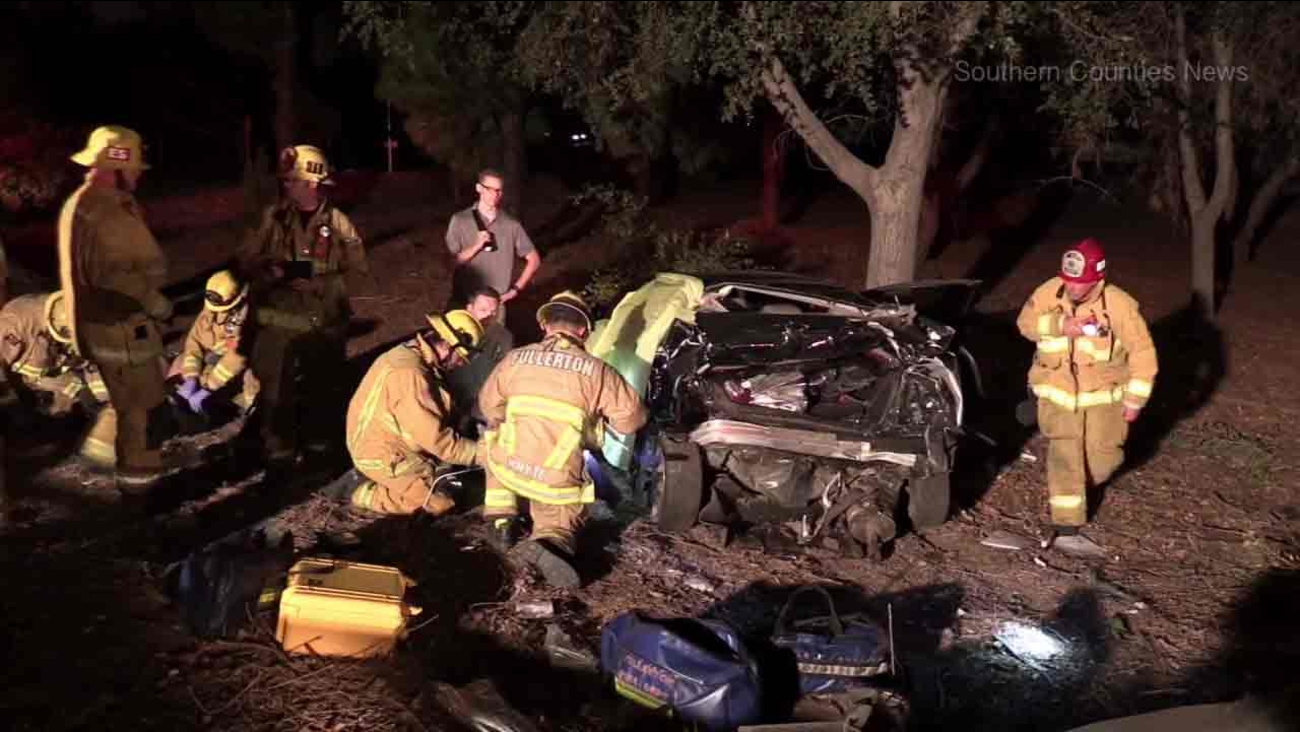 Firefighters at the scene of a crash that killed a 15-year-old boy in Fullerton on Sunday, Sept. 4, 2016.

KABC
By ABC7.com staff
FULLERTON, Calif. (KABC) -- A 15-year-old boy was killed in a two-car crash on the 57 Freeway in Fullerton early Sunday.

Luis Torres, of Santa Ana, died at the scene of the collision, which happened at about 2 a.m. on the southbound 57 Freeway, north of Yorba Linda Boulevard, according to the California Highway Patrol.

Authorities said the driver of a 2015 Honda was taken into custody after it was determined she may have been under the influence of alcohol. Nicole Cortinas, of Moreno Valley, suffered a fractured back and was taken to UCI Medical Center, where officers will keep an eye on her until she is medically cleared.

A female driver in a 2009 Honda had stopped on the right shoulder of the freeway for unknown reasons, police said. At some point, two passengers exited the car and were standing to the right of it. Two others remained in the car.

Cortinas was driving on the freeway at an unknown speed and allowed a car to move to the right shoulder. Authorities said she suddenly drove into a roadway sign and them crashed into the back of the other Honda, resulting in the teenage passenger suffering fatal head injuries.

The driver of the car that was hit, Santa Ana resident Jennifer Baca, also sustained a fractured rib and sternum in the crash.

Two lanes were shut down on the northbound side of the freeway but have since reopened.