Landon Donovan coming out of retirement to rejoin Galaxy 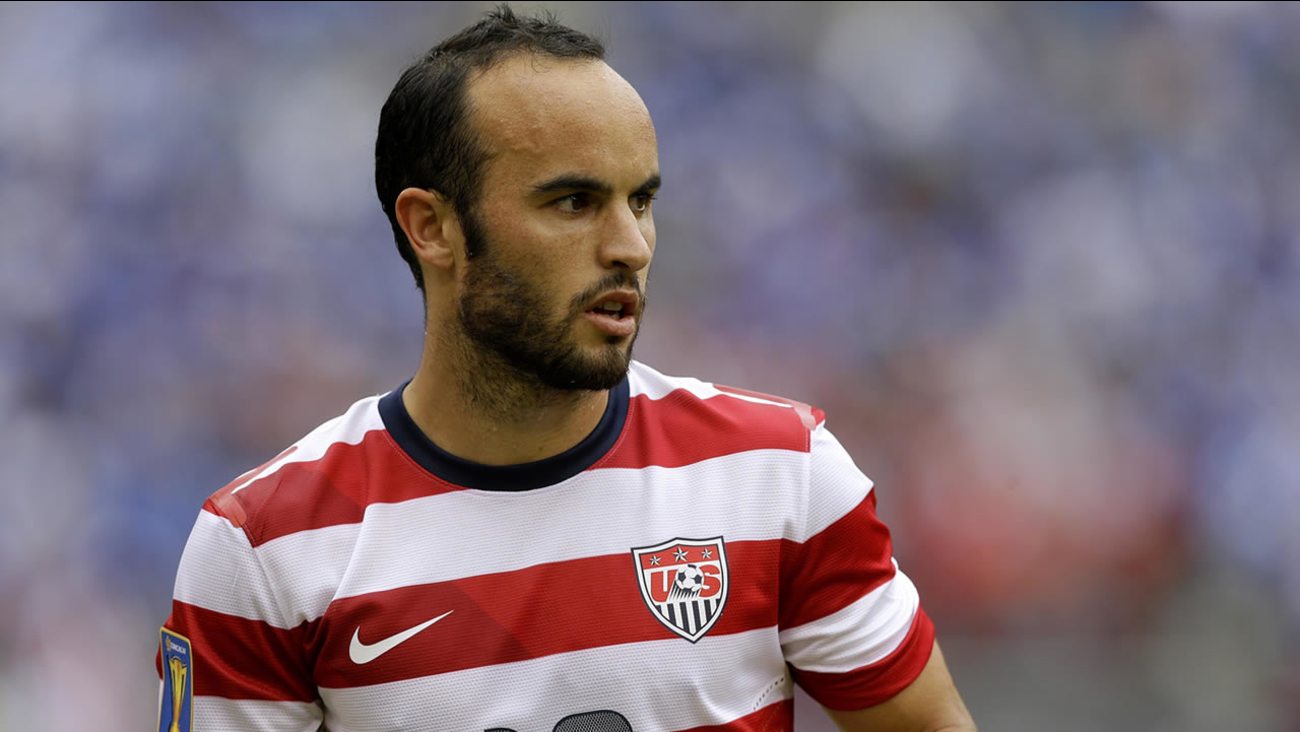 LOS ANGELES (KABC) -- Landon Donovan is coming out of retirement to rejoin the Los Angeles Galaxy.

The team tweeted "He's back" on Thursday along with a video of 34-year-old Donovan putting on a No. 26 Galaxy jersey.

Donovan retired after the Galaxy won the 2014 Major League Soccer title. Earlier that year, Donovan was controversially cut from the U.S. roster by coach Jurgen Klinsmann, denying him a trip to a fourth World Cup.

In a Facebook post, Donovan said he decided to return after three Galaxy players were injured in a game two weeks ago and a fourth was transferred to another team.

"I care so deeply about the Galaxy organization, and I believe I could help in a small way to aid the team in its quest for a 6th MLS championship. Further, the opportunity to have my son Talon on the field with me after a game was a feeling that I would never be able to replicate," Donovan wrote.


He added then in considering his return, he spoke to Coach Bruce Arena and "We both agreed that if this was going to happen, the expectations would be minimal and he would use me in situations that made sense for the team."

The Galaxy are tied for second place in the Western Conference with 44 points and six games remaining.

Donovan is the only player to win six MLS Cups and is the league's all-time leading scorer with 169 league and playoff goals. MLS named its MVP trophy after him last year.

Donovan began his professional career in 1999 when he signed with Bundesliga side Bayer Leverkusen. In search of playing time, he was loaned to the San Jose Earthquakes in 2001 and proceeded to win MLS Cups there in 2001 and 2003.

He returned to Leverkusen after the 2004 season, but he quickly soured on life in Germany and was transferred to the Galaxy for the 2005 season. After landing in Los Angeles, Donovan won four more MLS Cups, two Supporters' Shields and a U.S. Open Cup.