INDIANAPOLIS (KABC) -- The NCAA announced on Monday that it will pull seven championship events from North Carolina in 2016 and 2017 due to a controversial law criticized as being anti-LGBT.

"Fairness is about more than the opportunity to participate in college sports, or even compete for championships," NCAA President Mark Emmert said in a written press release. "We believe in providing a safe and respectful environment at our events and are committed to providing the best experience possible for college athletes, fans and everyone taking part in our championships."

The following events were pulled from North Carolina:

The NCAA has yet to determine a new location for the championship events, Emmert said the organization would make the determination soon.

The North Carolina legislature passed HB2, which prohibits most transgender people from accessing bathrooms in government offices and schools that correspond to the gender with which they identify.

The law requires people to use restrooms in government offices and schools that correspond to the sex indicated on their birth certificates.

It also bars local municipalities from creating their own rules prohibiting discrimination in public places based on sexual orientation and gender identity.

The NBA announced it was pulling the 217 NBA All-Star Game from Charlotte, North Carolina, after the law was passed.

"While we recognize that the NBA cannot choose the law in every city, state, and country in which we do business, we do not believe we can successfully host our All-Star festivities in Charlotte in the climate created by HB2," the NBA stated in July.

In response to the NBA pulling the event out of the state, North Carolina Gov. Pat McCrory said back in July that, "American families should be on notice that the selective corporate elite are imposing their political will on communities in which they do business, thus bypassing the democratic and legal process."
Related topics:
sportsnorth carolinatransgenderncaagay rightshb2lgbt
Copyright © 2021 KABC-TV. All Rights Reserved.
RELATED 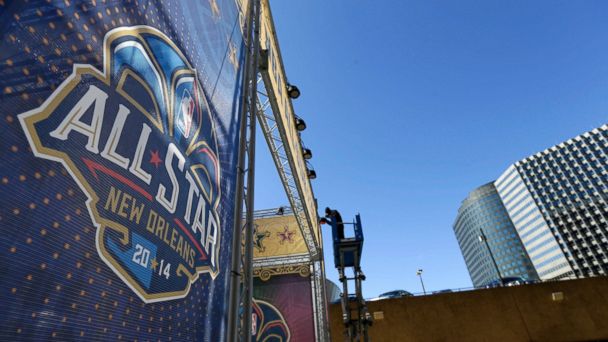